Richa Chadha said: "I don't pay attention to them, and they are insignificant to me." 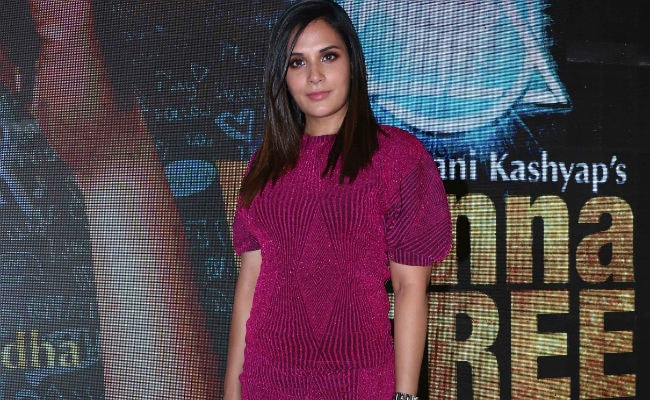 Richa Chaddha at the launch of Wanna be free video

New Delhi: Richa Chadha, who's quite active on social media and doesn't refrain from posting her views said that 'trolls don't bother her' reports IANS. The actress was speaking at the launch of her upcoming video Wanna be free, a song about breaking free from the shackles of social media. "Social media trolls don't bother me; they are not worth talking about. I don't pay attention to them, and they are insignificant to me," she told IANS. She also said that one should keep a check on its usage. "You don't have to save yourself from social media. You just have to keep the usage in check. Social media is actually a blessing in most cases if you use it responsibly," reported news agency IANS.

When asked on how social media helps her in connecting with the audience, the 31-year-old actress said, "In my case, people used to think that I am a certain kind of person because I do a certain kind of movies. So, that barrier created by the film image changes when people see you in your space on social media."

However, she also believes that maintaining a safe distance from social media is equally important,"I think it is important to keep some alone time. As artists, ideas will only come to our mind when we are silent. So when I go out somewhere, I keep my phone off and if I'm in a different time zone, I just tell people I am sleeping. When I am reading or writing something, I disconnect for a while. I like to stay silent before working in a new role."

Promoted
Listen to the latest songs, only on JioSaavn.com
Richa Chadha is currently busy with Sudhir Mishra's Daasdev. She also has Love Sonia, Cabaret and Ghoomketu, in the piple. She was last seen in Fukrey Returns.

(With inputs from IANS)
Comments
richa chadhawanna be free