"Be with someone who can crack a joke with the back of your head," Richa wrote 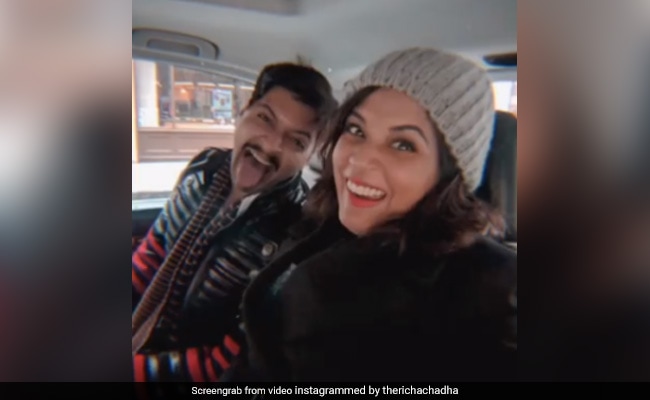 Actress Richa Chadha has a relationship advice which is worth attention - "Be with someone who can crack a joke with the back of your head." Richa shared the advice with an Instagram Reel video, which also features actor Ali Fazal. The video shows Richa and Ali in goofy moods and she also added hastags such as "#couple," "#missing," "#lockdown," and "#2020sucks." Richa and Ali were set to get married in the first half of 2020 but due to the nationwide lockdown because of the coronavirus pandemic they have now postponed their plans to next year. In a recent Q&A session with her fans on Instagram, the 33-year-old actress said, "2020 isn't gonna let us marry" when asked about her new wedding date.

Earlier, Richa and Ali's spokesperson said that many of their guests are expected to arrive from abroad and therefore, the wedding has been postponed keeping everyone's safety in mind. The actors' spokesperson told news agency PTI: "Given the current scenario and the unfortunate turn of events owing to the COVID-19 pandemic globally, Ali Fazal and Richa Chadha have decided to postpone their wedding functions... They wish for everyone to be healthy and safe and at no cost would want their friends, families and well-wishers to be affected."

Richa Chadha and Ali Fazal first met while filming Fukrey (2013) and they announced their relationship status to the world at the premiere of Ali's 2017 film Victoria And Abdul in Venice. Richa and Ali got engaged earlier this year.