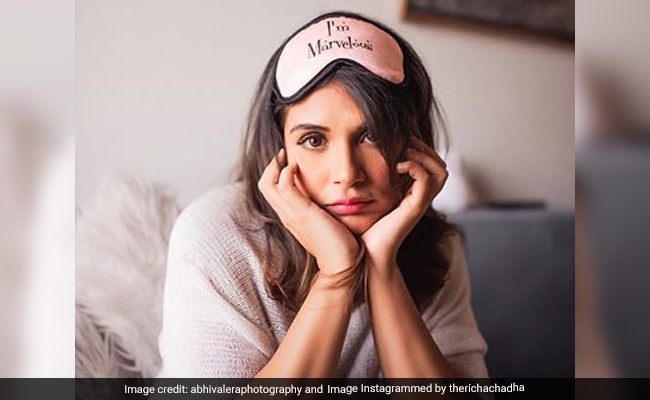 "I can say this from my observation," said Richa Chadha (Courtesy therichachadha)

Apart from being a brilliant actress, Richa Chadha is also known as fiercely vocal on social media. Now, in a recent interview with news agency IANS, the Masaan actress slammed the media, accusing the press of being overtly critical towards female stars. Also taking a dig at social media trolls passing judgements on choices made by actresses in the showbiz industry, Richa said: "Mainstream media as well as social media tends to be unfair towards female stars, and female stars get trolled and criticised more than their male counterparts." Citing example of Priyanka Chopra, Swara Bhasker and Sonam Kapoor, Richa elaborated on her point and said: "I can say this from my observation of the way media constantly questions Priyanka Chopra, Swara Bhaskar, Sonam Kapoor and other female stars for their choices - whether it is fashion, political opinion or lifestyle. Do they question the male stars enough as well?" IANS quoted her as saying in an interview.

Richa Chadha, who recently featured as a feisty advocate in courtroom drama Section 375, added that she was targeted at press conferences and hit out with a rhetorical query: "How many times has the media questioned male actors on films that are 'jingoistic' and encourage 'warmongering'? During the press conference of my film Section 375, I was asked about my opinion on the flood-affected areas. Do they ask these questions to the real people who actually can bring change - I mean the authorities and politicians?"

However, Richa Chadha has adapted to the negative criticism that she is often subjected to, talking about which she revealed she was labelled as "ugly" for a de-glam role during her initial years in the industry: "I am very cordial with my critics because how they write about me is their prerogative. In my initial days, I have had press call me ugly. They called me names for my appearance in a film where I was not required to look glamorous. An article was written on me, titled '10 things that one hates about Richa Chadha' by a publication. If a journalist tries to belittle me, I would rather grow a thick skin, instead of taking the negativity to my heart."

"There is a difference between critiquing and being mean to someone, and I know that," added Richa Chadha.

Richa Chadha is all set to make her debut as an author and is best known for her roles in films like Oye Lucky! Lucky Oye!, Love Sonia, Masaan and the Fukrey and the Gangs of Wasseypur series of films. Richa Chadha co-starred with Akshaye Khanna in Section 375, which released earlier this month.