On her Instagram Stories, Rhea Kapoor called herself a "Bandra girl" 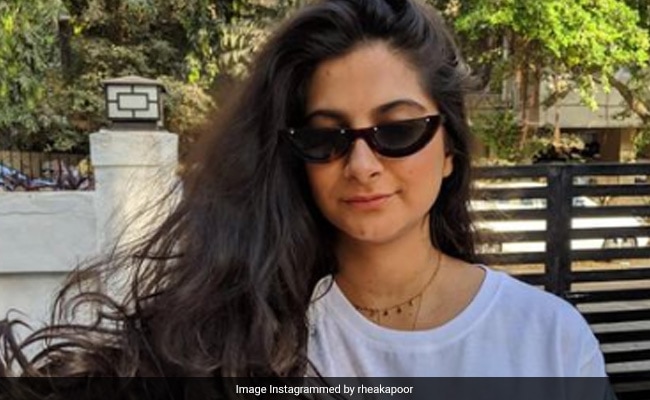 Rhea Kapoor will always remain a “Bandra girl” at heart and her latest post on Instagram proves it. On Saturday, the entrepreneur-producer shared a bunch of throwbacks to “old denim jackets and cowboy boots.” Here, she is seen casually posing for the camera in a white tee with “pizza” written on it. She paired her T-shirt with a denim jacket, blue jeans, black boots and a pair of black sunglasses. In her caption, Rhea Kapoor wrote about her “good times.” It read: “Throwback. Bandra diaries. Old denim jackets, cowboy boots, on the way to get pizza wearing a T-shirt that says pizza. Good times.” Her fans were all hearts for her outfit. They dropped comments like “beautiful” and “gorgeous.”j

On her Instagram Stories, Rhea Kapoor called herself a “Bandra girl” while sharing this image: 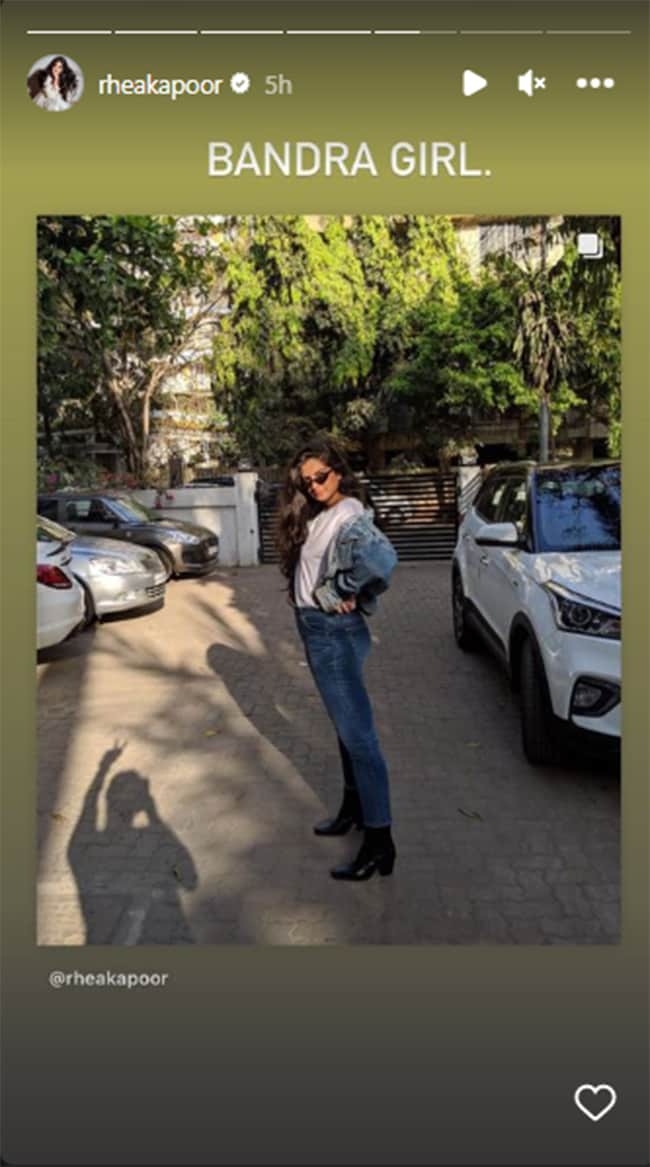 When not working or reminiscing old memories, Rhea Kapoor is busy chilling with her husband Karan Boolani in Goa. In one of her recent posts, she shared pictures from her outings and asked fans to suggest more hidden places that she should visit in Goa. “Ambotik (a type of prawn curry)… Tell me your fav hidden Goa spots below and I'm gonna make a list for next time,” it read.

Not to miss, this album sums up Rhea Kapoor and Karan Boolani's Goa stay. She wrote: “Goa in October. Old and new loves. 6.10.22. Just another day for you and me in paradise.”

On the work front, Rhea Kapoor has produced three films - Aisha, Khoobsurat and Veere Di Wedding. All of them star her sister and actress Sonam Kapoor. Rhea is also a stylist and entrepreneur. She co-owns an apparel brand called Rheson with Sonam.  Last year, she also launched her ice cream brand.