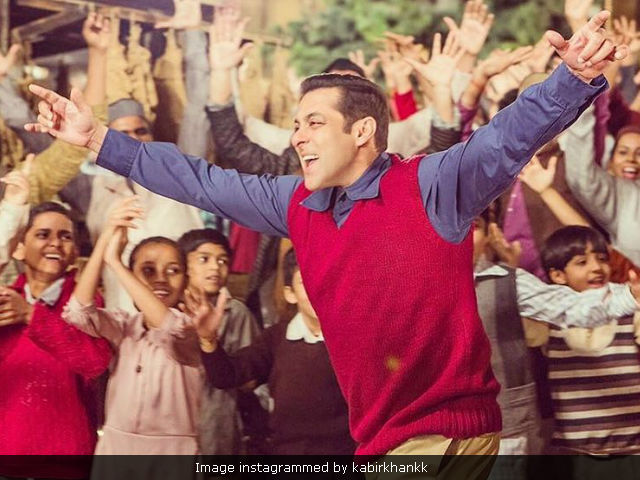 Salman Khan in a still from Tubelight

Promoted
Listen to the latest songs, only on JioSaavn.com
Last month, Tubelight director Kabir Khan announced that the shooting of the movie has been wrapped. He shared a picture of him with the 51-year-old actor on social media, captioned-"Our third journey together comes to an end. Now I can't wait to show it to the world." Kabir Khan also thanked his team for "making the film possible." Tubelight is Salman Khan's third movie with Kabir Khan. The actor-director duo has earlier collaborated for 2012's Ek Tha Tiger and 2015's Bajrangi Bhaijaan. The movie will also see Shah Rukh Khan making a cameo appearance.

Tubelight, which is a war drama, which has been extensively shot in Ladakh and Manali. Salman is playing the role of an army man in Tubelight. It has made a pre-release business of Rs 20 crore as the film's music rights has been sold for Rs 20 crore to Sony Music, suggested the report by Bollywood Hungama. Interestingly, Tubelight only has three songs. Salman has also wrapped the shooting for his next Tiger Zinda Hai.