Read inOther Languages
This Article is From Feb 24, 2019

The Sridevi-shaped black hole remains a year after her death 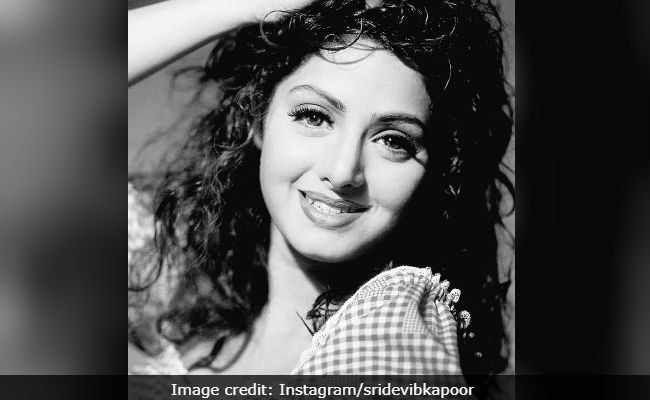 On February 24, 2018, news of Sridevi's death shattered millions of her fans across the globe. Today, a year later, the Sridevi-shaped black hole remains. Sridevi started acting when she was all of four-years-old in 1967's Kandhan Karunai. After starring in several films as a child artiste, Sridevi debuted as a lead actress in 1976 Tamil film Moondru Mudichu, co-starring Rajinikanth and Kamal Haasan - she worked with both actors again in many other films. Sridevi, who is considered to be the first female superstar of Indian cinema, has made 300 films in 50 years in several languages including Tamil, Telugu, Malayalam and Hindi.

Sridevi, born in Sivakasi, Tamil Nadu on August 13, 1963, began acting at the age of four. When she was merely 8-year-old, Sridevi won Kerala State Film Award for Best Child Artiste for her role in Poompatta. In an interview to the New Indian Express in 2013, Sridevi had talked about starting acting at an early age. "I lost out on going to school and college life but I got into the film industry and worked without a gap - from child actor I went straight to heroine. There was no time to think and I was grateful for it," she had said.

Sridevi transitioned from an award-winning child artiste to an actress par excellence soon. After starring in the aforementioned Moondru Mudichu, Sridevi starred in Tamil films like 16 Vayathinile (again with Rajinikanth and Kamal Haasan), Pilot Premnath, in which she palyed Sivaji Ganesan's onscreen daughter, Vanakkatukuriya Kathaliye, Pagalil Oru Iravu and Adutha Varisu among others. After 1986's Naan Adimai Illai, Sridevi returned to Tamil cinema 29 years later with Puli, which released in 2015.

In Hindi cinema, Sridevi became a name to reckon with after starring in films like Himmatwala, also her Bollywood breakthrough film opposite Jeetendra, Sadma (Hindi remake of Tamil film Moondram Pirai), Nagina, Mr India, ChaalBaaz and English Vinglish to name a few. Sridevi was awarded Best Actress National award posthumously for her role in MOM.

Sridevi married producer Boney Kapoor in 1996 and they are parents to two daughters Janhvi and Khushi Kapoor. Janhvi is also an actress - she debuted with Dhadak in 2018.

Sridevi died in Dubai on February 24 and was brought to India three days later after completing all formalities. A day later, she was cremated in Mumbai with state honours. During her final journey, Sridevi was wrapped in the national flag and dressed in bridal red and several fans and family members took part in the procession. 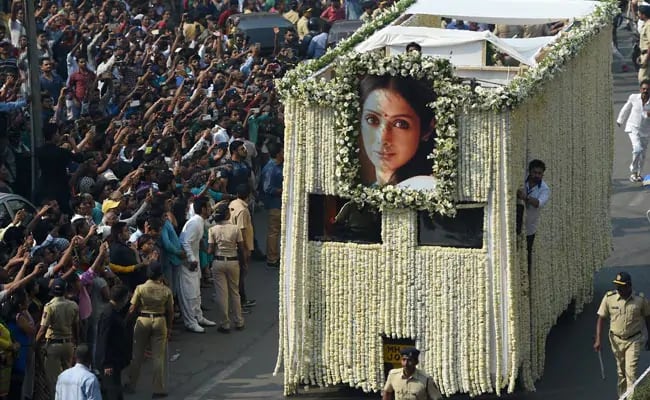 We will always remember you, Sridevi.