"I am searching for this place in Mumbai... Please let me know where it is," a fan asked Madhavan on Twitter 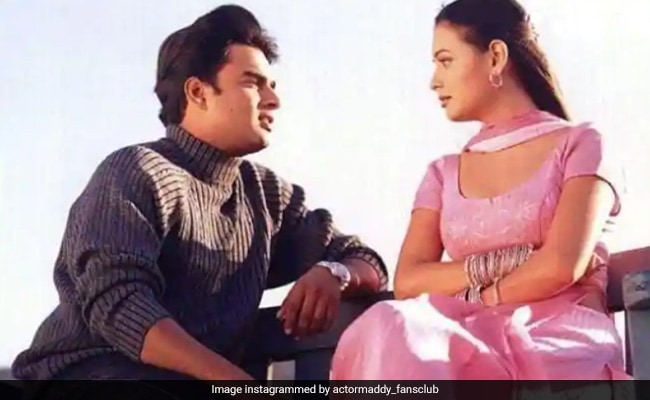 R Madhavan, who played the lead role in Rehnaa Hai Terre Dil Mein almost two decades ago, gave an epic response to fan who was curious about one of the film's locations on Thursday. The actor and Dia Mirza's hit Rehnaa Hai Terre Dil Mein completed 19 years earlier this month and a couple of days later, a fan asked the actor about a location, mentioned to be in Mumbai in the film, that he has been searching for several years. He shared a scene from the film where Maddy (Madhavan) takes Reena (Dia Mirza) to his "favourite place" in Mumbai, a sea coast with a mesmerising view, and indirectly confesses his love for her.

Sharing the scene, the fan asked: "Bro, it's been 19 years since Rehnaa Hai Terre Dil Mein release and we are celebrating it but from that time till now, I am searching for this place in Mumbai. When you said that this is in Mumbai in this scene. Please let me know where it is."

Reacting to his tweet, R Madhavan revealed that the location with a breath-taking view isn't from Mumbai but from Johannesburg, South Africa. "It's in South Africa bro. Honestly... Johannesburg. Honestly," he replied.

Take a look at his epic response:

Rehnaa Hai Terre Dil Mein is the remake of Tamil film Minnale - both movies were directed by Gautham Menon. The film did average business at the box office but it acquired cult status over the years.

In terms of work, Madhavan will next be seen in Rocketry: The Nambi Effect.