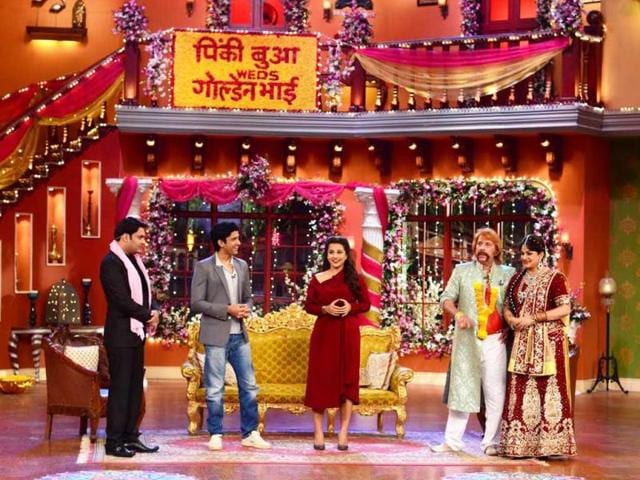 A still from TV show Comedy Nights with Kapil.

Mumbai: Actress Upasana Singh, who last shared screen space with Razak Khan in popular TV show Comedy Nights With Kapil, says the late comedian always made everyone laugh. He was a great co-actor and a friend, she adds.

"I was shooting when I got to know about his death... I have done lots of films with him -- a Punjabi film and even Hindi films. I was hurt with the news of his death. I was on good terms with him... He was a great co-actor and a friend," Upasana told IANS.

"He was a very friendly person and used to make everybody laugh during shooting. It was fun and comfortable to shoot with him," she added.

Mr Khan, who essayed comic roles in around 100 movies in the past 25 years, breathed his last on Wednesday morning following a heart attack.

"He was full of energy and never thought that such a thing would happen with him," said Upasana, who worked with him in films like Hamara Dil Aapke Paas Hai and Marriage Da Garriage.

Talking about her last act with Mr Khan, Upasana said, "We did 'Comedy Nights With Kapil' recently where he was supposed to get married to my character. The episode generated good TRPs. It was a great experience."