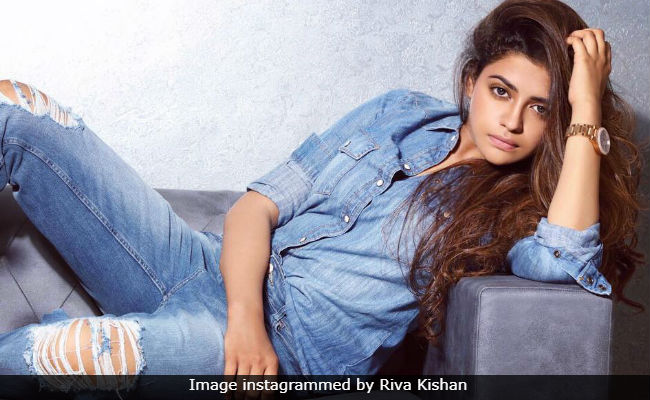 Priyaank Sharma, son of Padmini Kolhapure, will debut along with Ravi Kishan's daughter Riva in Sab Kushal Mangal, tweeted Taran Adarsh. Earlier, it was reported that Priyaank Sharma will be launched by producer Nitin Manmohan's daughter Prachi, who was his classmate at the Lee Strasberg Institute in New York. Sab Kushal Mangal is directed by Karan Kashyap and it also stars Akshaye Khanna in a pivotal role. Speaking to Mumbai Mirror, Riva said the film is like an "unexpected gift." She said: "One of dad's first movies, army, was also with NItin sir. I'm enjoying the journey and learning so much from it. This film is like an unexpected gift."

Speaking to Mumbai Mirror, Padmini Kolhapure had said that it was Priyaank's decision to join the film industry. "The atmosphere at home has been very non-filmy. There was no pressure on Priyaank to become an actor or filmmaker. The choice is his," she was quoted as saying. Padmini Kolhapure is married to film producer Pradeep Sharma (aka Tutu Sharma).

Priyaaank's cousins Shraddha Kapoor and Siddhanth (children of Padmini's sister Shivangi Kolhapure and Shakti Kapoor) are actors. Shraddha has proved her mettle with films such as Aashiqui 2, ABCD 2 and Stree while Siddhanth is still struggling to establish himself in the film industry.