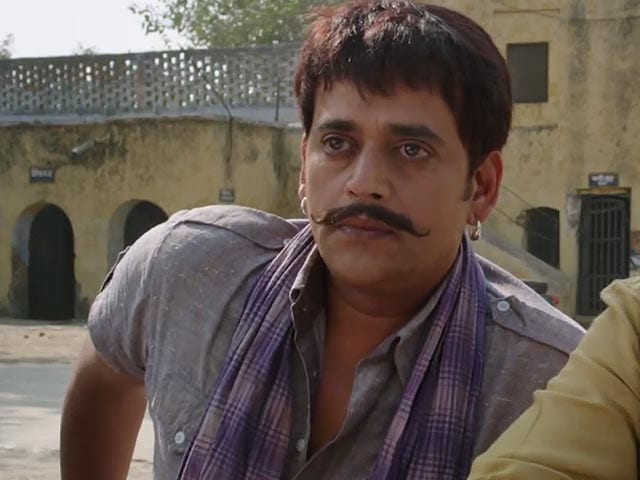 Ravi Kishan in a still from Miss Tanakpur Haazir Ho.

Noida: Actor Ravi Kishan said that he was apprehensive to be part of journalist-turned-director Vinod Kapri's film Miss Tanakpur Haazir Ho due to his "lack of experience in the field".

The actor said he was pleasantly surprised with the director's smooth walk behind the camera and enjoyed being part of the film which was shot in one month.

"I enjoyed a lot while shooting for the film. You also want a refreshing change in your life and Vinod's film came as a big surprise to me. I had no trust on this man (Vinod) that he will churn out such a good movie," Ravi told IANS.

The actor shared his thoughts about the film during a visit to IANS office here with the film's co-stars Sanjay Mishra, Annu Kapoor, Rahul Bagga and Hrishita Bhatt along with the director.

Ravi, who is a superstar of Bhojpuri film industry and has done a slew of Hindi films like Tere Naam and Tanu Weds Manu, said that the doubts seeped into his mind as Vinod Kapri had no earlier experience in showbiz.

"I had no faith in him as he was trying to make a film with no experience in the field," he added.

The film narrates the story of a man who is falsely accused by a village strongman of raping a buffalo named 'Miss Tanakpur'. The powerful man of the village also gets the Khap panchayat to pass a verdict that he has to marry the victim.

Miss Tanakpur Haazir Ho is set to release on June 26.