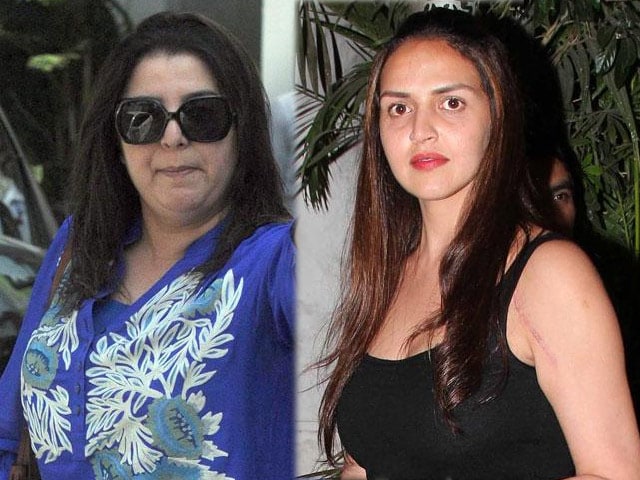 Celebs thanked the late filmmaker for his contribution to the Hindi film industry.

Filmmaker Ravi Chopra died in Mumbai on Wednesday at the age of 68, and celebrities and politicians like Smriti Irani, Farah Khan, Esha Deol, said his death is a huge loss to the film industry. (Also Read: Ravi Chopra's Death Fills Amitabh Bachchan With Grief, Sorrow)

The Baaghban director had been reportedly suffering from a severe lung ailment since the last few years. (In pics: Bollywood Pays Last Respects to Ravi Chopra)

Here's what the celebrities have to say:

One of the nicest, kindest n big hearted soul in the film industry passed away today..Ravi Chopra.. May you rest in peace

Saddened 2 learn of Shri Ravi Chopra's demise. Always found him to b a robust man etrmly humble. Suffered a lot though. God bless his soul.

Very sad to hear about Mr.ravi Chopra's death..some great childhood memories..Mahabharat invoked the desire to be an actor in me..RIP sir..

RIP Mr Ravi Chopra, deep condolences for the entire family, may his soul rest in peace!

Saddened to hear about demise of Ravi Chopra-ji. Apart from being a fine filmmaker, he was also a very nice human being. Rest in Peace, Sir.

Just heard about the sad demise of Ravi Chopra. Was blessed to work with him. A lovely soul. My condolences to his loved ones.