Raveena Tandon shared a throwback picture with actor Sanjay Dutt on Instagram. The photograph posted by her has been clicked in the nineties while she was shooting for her first film with Sanjay Dutt, titled Zamane Se Kya Darna 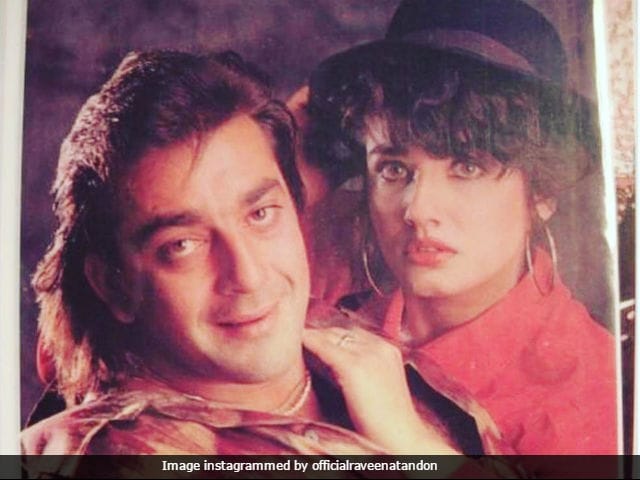 New Delhi: Actress Raveena Tandon delighted all her fans and followers on social media by sharing a wonderful throwback picture with her 'favourite actor' Sanjay Dutt. The photograph posted by the 42-year-old actress has been clicked in the nineties while she was shooting for her first film with Sanjay Dutt, titled Zamane Se Kya Darna. In the picture, Raveena can be seen dressed in a red shirt and sporting a black hat. "#throwback90s my first film with #sanjaydutt #zamaanesekyadarna #mymostfavoriteactor always super entertaining and super fun!!!," she wrote. Raveena Tandon and Sanjay Dutt have co-starred in films like Vijeta, Jeena Marna Tere Sang and Kshatriya.

Raveena Tandon made her acting debut in 1991 with Patthar Ke Phool, co-starring Salman Khan. She is best known for her roles in films like Andaz Apna Apna, Ziddi, Shool.

On the other hand, Sanjay Dutt will be soon making his comeback to the big screen with Omung Kumar's Bhoomi. He was last seen in a small role in 2014 movie PK, starring Aamir Khan.

The film is a revenge drama which highlights the relationship between a father and a daughter. Aditi Rao Hydari will feature as Sanjay Dutt's daughter in the film.