Ranveer Singh said: "Just to have been slapped by Govinda on-screen felt like 'life ban gayi'" 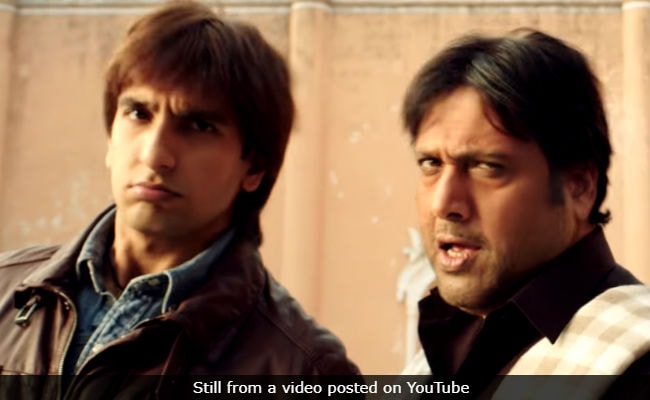 Actor Ranveer Singh, a self-confessed fan of Govinda, says working with the actor in Kill Dil was "surreal," reports news agency IANS. Speaking at a web show, Ranveer Singh said: "Kill Dil was a real trip for me. Both him and Anil Kapoor (with whom Ranveer co-starred in Dil Dhadakne Do)... I get the same feeling, I didn't know what was happening. (It was) really surreal. Just to have been slapped by Govinda on-screen felt like 'life ban gayi' (life was made)," reported IANS. Ranveer Singh also said that at his home, he has arranged his accessories just like how they were arranged in Govinda's film Raja Babu.

"I am a huge Govinda fan. Accessories in my bedroom are arranged in the Raja Babu way. All the hats, all the shoes, all the sunglasses. Govinda is an all-time great, one of the most mesmeric talents to have ever graced the scene," Ranveer was quoted as saying.

Ranveer Singh, last seen in "Padmaavat," has multiple projects on hand. He will be next seen in Rohit Shetty's Simmba and then in Zoya Akhtar's Gully Boy. Ranveer has also signed up for Kabir Khan's '83 and Karan Johar's Takht.

Speaking about his choice of films and the vastly different genres he picks, Ranveer Singh said: "I might be doing it subconsciously and that's completely natural but it's not like I proactively do it. I used to do a lot of prep up in my earlier days, watch performances," reports IANS.