Ranveer Singh is Nervous About Befikre Trailer Launch. What He Did Will Make You ROFL 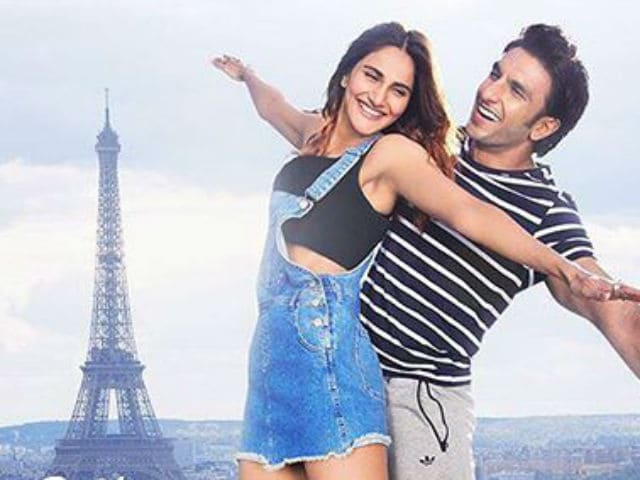 As the time of the trailer launch Befikre is nearing it is clear that the actor just can't keep calm.

And here's how he pulled off a Kajol:

Befikre team is all set to launch the film's trailer at the Eiffel Tower today and the buzz they are creating on social media is infectious.

This how Ranveer and Vaani are dressed for the event:

Shyra on her way with Dharam! #BefikreTrailer#BefikreInParispic.twitter.com/4Tag0eCDxa

The trailer will release midnight. Befikre's lead pair told us that in style:

Here's what Ranveer has been upto in Paris:

Way-hayyy too much excitement about tonight!! Gotta try and keep my shirt on!! #BefikreInParis

Goodmorning from The City of Love! #BefikreInParis

And somewhere in the city of love, Ranveer found Paris Ka India Gate to give a perfect tribute to King of Pop.

Vaani, on the other hand, is clearly smitten by Gustave Eiffel's creation. Don't believe us? Have a look at this:

View from the room #Befikre

Vaani, who is a Yash Raj Films find, made her debut with Sushant Singh Rajput and Parineeti Chopra in Maneesh Sharma directed Shuddh Desi Romance in 2013.

Promoted
Listen to the latest songs, only on JioSaavn.com
Filmmaker Aditya Chopra's Befikre which claims to be a fresh take on love stories was in news for its six posters which had the lead actors Ranveer and Vaani kissing. Even the film's first song Labon Ka Karobaar was a story about love (read kissing) of common people.

Befikre is Aditya's first film as a director in eight years after Shah Rukh Khan and Anushka Sharma's Rab Ne Bana Di Jodi in 2008. Befikre is set to hit the screens on December 9.