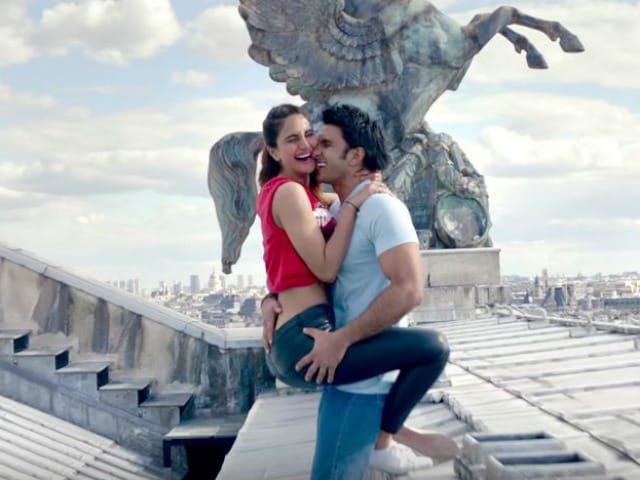 A still from Ude Dil Befikre.

Befikre Ranveer Singh and Vaani Kapoor paint Paris in the colour of love in Ude Dil Befikre, the new song from their upcoming film.

Rukebreaker Ranveer Singh's flamboyance is matched by Vaani Kapoor, who strips and dances at a library, sneaks into a locked store and checks into someone else's hotel suite. All along, Ranveer remains her partner in crime. Partying shartying done, they also put on their dancing shoes atop the Opera Garnier.

Sung by Benny Dayal and Sophie Choudry, who contributes the French portions, the catchy number has been composed by Vishal and Shekhar.

Promoted
Listen to the latest songs, only on JioSaavn.com
Watch Ude Dil Befikre: