"I wouldn't do it now," said Ranveer Singh 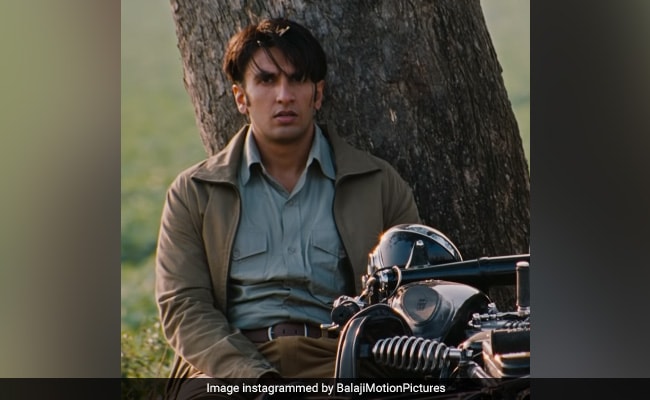 Ranveer Singh in a still from Lootera. (Image courtesy: YouTube)

Did you know that Ranveer Singh stapled his stomach while filming the 2013 film Lootera? Yes, that's true! During an interview with Film Companion, when film critic Anupama Chopra asked Ranveer if he "stapled the side of his stomach and then hit himself there to get the right expression of pain" for a scene in Lootera where he gets shot, the actor said, "Yes." However, he later explained why he stapled himself and stated that he would never do such thing again. Ranveer co-starred with Sonakshi Sinha in Lootera.

Acknowledging that he did staple himself for a shot, Ranveer said: "At that time I was very raw as an actor, exploring my craft. I wasn't comfortable with my craft. I didn't know how to do it. I was so raw that I didn't know the ABC of filmmaking. Even when I was an Assistant Director, I used to be given menial jobs, I would be far away from the sets. So I hit the ground running."

He went on to explain how he started from the scratch in the film industry. "I was so kaccha during Band Baaja Baraat, I would be doing two shots with Anushka Sharma (his co-star) and there would be a boom mike guy standing and I would ask her: 'Who's this guy?' She's like: 'Whatever dialogues you say, he's going to capture that.' I would be like: 'He's going stand here only?' I literally started from scratch."

Ranveer stated that now when he watches that particular scene from Lootera, it "takes him back to a memory of immense amount of physical pain." He said: "I didn't know at that time when I was making that choice for Lootera. You operate from a place where you are not comfortable with your craft, a place of insecurity and nervousness and you tend to do a lot more to achieve a certain effect... Sometimes to the degree of harming yourself. I wouldn't do it now as I know that there is more efficient way of doing it."

"Back then, I am thinking to myself: 'I have never been shot and now I am going to get shot. So, how am I going to depict a real sort of pain on screen?' Now, when I look back on Lootera, I watch the scenes like this (Ranveer makes an expression of discomfort during the interview) because it takes me back to a memory of immense amount of physical pain. It's all real. But today, having acquired more knowledge and comfort with my craft, I know that there is another way of creating that effect," he added.

In Lootera, Ranveer Singh played the role of a young conman. The film was partly based on O. Henry's 1907 short story The Last Leaf. Directed by Vikramaditya Motwane, Lootera received immense critical appreciation.