Jonty Rhodes tweeted after watching Gully Boy with English subtitles on his flight to India. 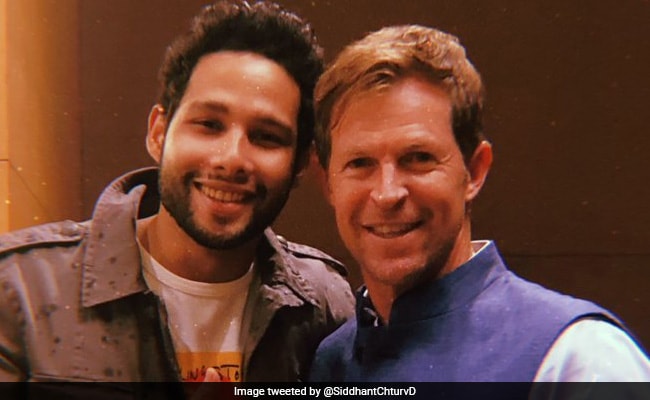 Gully Boy, which released in 2019, has reached the international audience's watch list! Former South African cricketer Jonty Rhodes recently watched the film directed by Zoya Akhtar on his flight to India on Thursday. He tweeted his review after completing the movie with English subtitles. The sports personality had been listening to Gully Boy sound track ever since he met Siddhant Chaturvedi at an event in May 2019, he revealed in the tweet. In Jonty Rhodes' post, he also tagged the movie's stars Ranveer Singh, Alia Bhatt and Kalki Koechlin. The former cricket coach of IPL team Mumbai Indians team said he "laughed, cried and had goosebumps."

Been listening to the #GullyBoy soundtrack ever since meeting @SiddhantChturvD last year at an event, finally got to watch the entire movie on my @emirates to India last night. Thanks to subtitles, I laughed; cried and had goosebumps @RanveerOfficial@aliaa08@kalkikanmani

Gully Boy actor Siddhant Chaturvedi replied to Jonty Rhodes' post thanking the cricketer's admiration and praise towards the film. Jonty Rhodes, in response, called for Siddhant's "appearance" now that he is in India to coach IPL Team Kings XI Punjab for the upcoming Indian Premiere League that will be held in March this year. Siddhant was critically acclaimed for portraying the role of a feisty street rapper MC Sher in Gully Boy.

Now that I will be fielding coach for @lionsdenkxip we might need an #MCSher appearance https://t.co/Jp3lCXihst

Last year, Siddhant Chaturvedi met Jonty Rhodes at an event in Mumbai. The actor had a "fan moment" with the former cricketer and shared some pictures with Jonty Rhodes. He jokingly wrote: "Meri achhi fielding ka raaz (The secret behind my good fielding)."

Gully Boy is based on the lives of street rappers in Mumbai. It features Ranveer Singh as a gully rapper, who rises to fame after a lot of struggles. Alia Bhatt plays the role of his girlfriend, while Kalki Koechlin is a friend of Ranveer Singh. Meanwhile, Siddhant Chaturvedi's MC Sher is a mentor to the gully rapper. Gully Boy was chosen for India's official entry to Oscars 2020. However, the film ran out of the 92nd Academy Awards race and didn't make the cut in top 10 movies for the best International Feature Film's list.

On the work front, Siddhant Chaturvedi is working on his next film Bunty Aur Babli 2, which also stars debutante actress Sharvari Wagh and stars Rani Mukerji and Saif Ali Khan.