"Ranbir and Imran will also make an excellent combination, as will Ranbir and Shahid Kapoor and Ayushmann Khurrana and Rajkummar Rao," said Pahlaj Nihalani 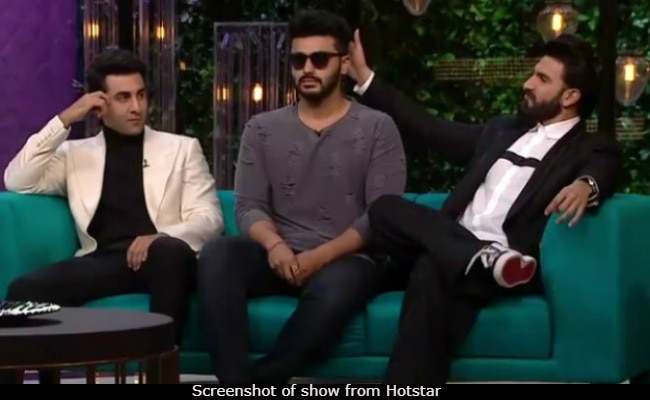 New Delhi: "Ranveer Singh and Arjun Kapoor are No 1 on my wish-list. I want them to play the leads in Aankhen Chaar," former Censor Board chief Pahlaj Nihalani told mid-day while talking about his next venture. Mr Nihalani wants to make a contemporary version of his 1993-produced film Aankhen. This was enough to make the two colleagues trend, and also joining them on the trends list is Ranbir Kapoor, courtesy the ex-CBFC chief again. If things do not work out with the Gunday, then he wants to approach Ranbir and Imran Khan for the remake, which will be a complete comedy. Ranbir and Shahid Kapoor; Ayushmann Khurrana and Rajkummar Rao are also some of the other combinations he has in mind.

"Ranbir and Imran will also make an excellent combination, as will Ranbir and Shahid Kapoor and Ayushmann Khurrana and Rajkummar Rao," Mr Nihlani told mid-day.

Aankhen, which turned out to be a blockbuster hit, cast Govinda in dual roles. About the new project, this is what the filmmaker said: "With each character playing a double role, we will see two Ranveers and two Arjuns, along with a chimpanzee."

Promoted
Listen to the latest songs, only on JioSaavn.com
Pahlaj Nihalani recently tasted failure with the damp performance of Julie 2 at the box office, told mid-day: "people want entertainment" and hence the Aankhen remake will have a fresh story-line. "The subject will be completely different. It should reflect current times. It should be modern, keeping the trends and the youth's preferences in mind. It will have Indian values and sentiments at its core, but, will be one that appeals to the youth," mid-day quoted him as saying.

Ranveer Singh is currently awaiting the release of Padmavati, which has been postponed indefinitely because of the ugly controversy around it. Ranbir Kapoor is prepping for the Sanjay Dutt biopic at the moment while Arjun Kapoor will next be seen in Sandeep Aur Pinky Faraar.