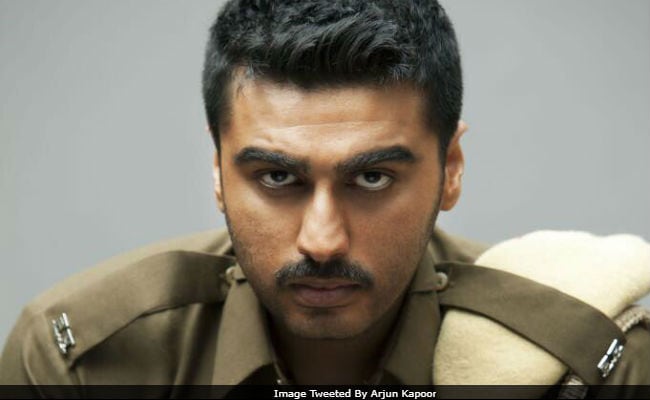 New Delhi: Actor Arjun Kapoor plays a cop in his forthcoming film Sandeep Aur Pinky Faraar, co-starring Parineeti Chopra. The 30-year-old actor shared the first look from the film on social media and captioned it as, "10th film 1 truth...Change is the only constant. Can't wait to begin filming this one #SandeepAurPinkyFaraar." Hindustan Times reports that Arjun plays a police officer from Delhi Police's special unit in the Dibakar Banerjee-directed film. "The film has a realistic texture so I had to spend time connecting with the world the film is set in. Dibakar is clear about what he wants. I've given same number of days for prep as much I've given for the shoot. He wanted that from the beginning," he told news agency PTI.

10th film 1 truth...Change is the only constant !!! Can't wait to begin filming this one #sandeepaurpinkyfaraar@yrf@SAPFTheFilmpic.twitter.com/SjZJw9f8Nu

Sandeep Aur Pinky Faraar is Arjun's second film with Parineeti. He debuted opposite Parineeti in 2008 film Ishaqzaade. Namastey Canada will be their third film together.

The film is a quirky story of a man and a woman, who are completely opposite to each other in thinking and approach, but suspicion and hate, reunite them.

Of starring in Sandeep Aur Pinky Faraar, Parineeti said, "After Ishaqzaade, Arjun and I used to dream about working with Dibakar one day. His films are so different and always make an impact. I am so ready to bite my teeth into this character and give the audience something intense."