Ranveer Singh On Wedding Rumours: 'Nothing Is Official Till It Is Made Official'

Ranveer Singh said, "If there is any announcement in the future, you will be hearing me shouting from the rooftops" 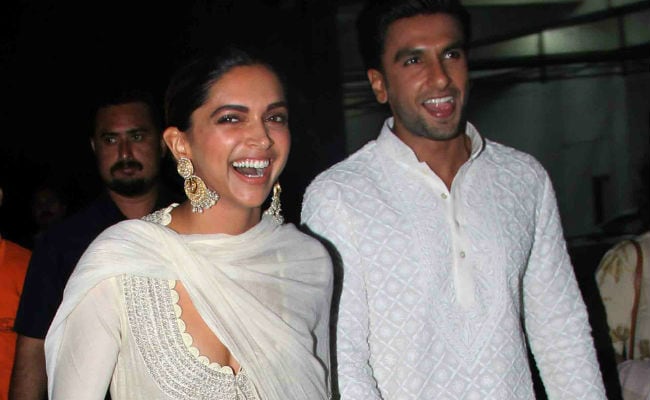 New Delhi: For quite some time now, reports of Ranveer Singh and Deepika Padukone's alleged wedding details have been surfacing on the Internet. Earlier in an interview to Spice Route magazine, Ranveer Singh had opened up about the wedding rumours, reports BollywoodLife. At the time, the "Padmaavat" star had said, "It is the function of speculation - to exist. Nothing is official till it is made official and I am not a seer. I cannot say this will happen on this date in the future. Right now we are both extremely busy working. Besides, she is also recuperating from back problems. So we are quite occupied and distracted. So, if there is any announcement in the future, you will be hearing me shouting from the rooftops," reported BollywoodLife.

A couple of days ago, a source revealed it to Mumbai Mirror that both Deepika and Ranveer's parents met to lock in four dates between September and December for the wedding. "It will be an extremely private, traditional Hindu ceremony with the couple tying the knot in the presence of only close friends and family. The couple is still deciding if they want a reception to follow," Mumbai Mirror quoted the source as saying.

Earlier, Deepika Padukone had cleared the air surrounding her wedding rumours in an interview to film critic Rajeev Masand for News18, saying as and when she'll feel ready 'it' will happen. She said, "When it is time, I think I will know it. But as an institution, I think it is extremely important because that's the way I have been raised. It is extremely important for me to see myself like that. It is every girl's dream. I have always followed my instincts and I think I will feel it when I am ready or when it has to happen."

Ranveer Singh and Deepika Padukone have been often photographed together at parties and other social gatherings, however, the duo have refrained from commenting on their rumoured relationship status.

Promoted
Listen to the latest songs, only on JioSaavn.com
Both Ranveer and Deepika have featured in four films together. Goliyon Ki Rasleela Ram-Leela, Bajirao Mastani and "Padmaavat" with director Sanjay Leela Bhansali and Finding Fanny with director Homi Adajania. In Finding Fanny, Ranveer had appeared in a cameo role.