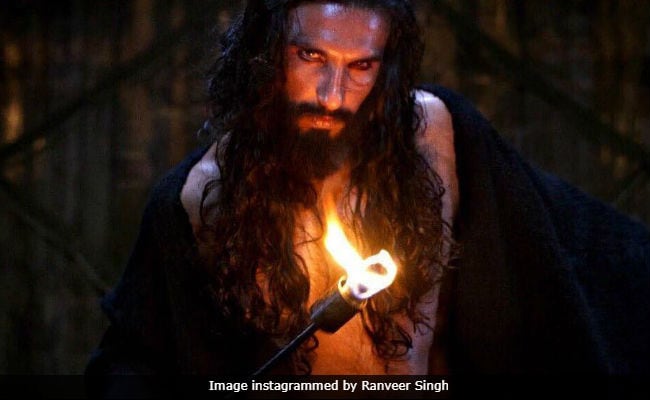 New Delhi: "Padmaavat" will always be the jewel of Ranveer Singh's films resume. The actor told news agency IANS that the Sanjay Leela Bhansali-directed film "will forever glow in his body of work." The film collected Rs 300 crore in India on Friday - seventh film to cross the coveted mark. The release of "Padmaavat" was opposed by several Rajput outfits and it did not release in two Indian states. Despite all odds, the film enjoyed a 50-day run at the box office. "It is a film that is and will always be extremely close to my heart and with it becoming my first ever Rs 300 crore film, the memory of 'Padmaavat' will be that much more special," Ranveer told IANS.

""Padmaavat" is a historic film for our country. I'm overwhelmed and extremely happy that the film has received this much love from audiences not just in India, but also the world over," he added.

Ranveer thanks director Bhansali for his vision, and for giving him a character like Alauddin Khilji - the antagonist of "Padmaavat." He told IANS: "This success is for all of us to cherish and remember that as artistes, we need to stand by our vision, our craft."

"Padmaavat" is based on Malik Muhammad Jayasi's ballad of the same name, which narrates the story of Rani Padmini of Chittor. "Padmaavat" features Deepika Padukone as Padmavati, who performs jauhar along with hundreds of Rajput women, after Alauddin Khilji breeches the fort of Chittor.

Promoted
Listen to the latest songs, only on JioSaavn.com
"Padmaavat" released on January 26, more than a month after its initial scheduled release.