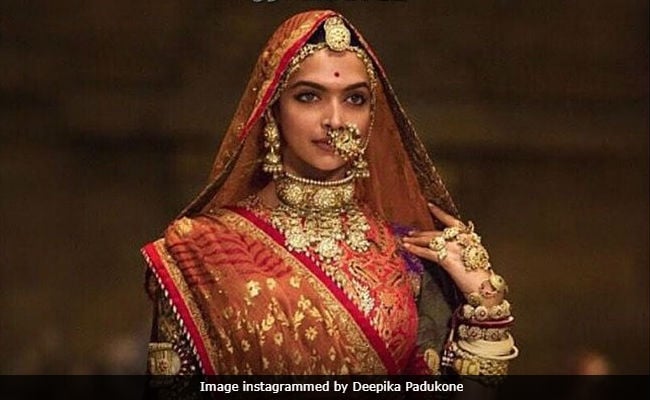 New Delhi: Deepika Padukone's "Padmaavat" crossed the Rs 300 crore-mark in India, a box office territory which so far has been ruled by Salman Khan and Aamir Khan. Trade analyst Taran Adarsh tweeted that 50 days after it hit the screens, "Padmaavat" collected Rs 300.26 crore in India. "Padmaavat" is the seventh film to cross the coveted Rs 300-crore mark after Salman Khan's Tiger Zinda Hai, Bajrangi Bhaijaan and Sultan and Aamir Khan's Dangal and PK. S S Rajamouli's Baahubali: The Conclusion is way ahead - past Rs 500 crore. "Despite protests and agitations, despite no release in two states, "Padmaavat" survives all odds. Completes 50 days (and) crosses Rs 300 crore," Taran Adarsh tweeted.

Here's a week-wise break-up of the film's collection:

Here are all the details of films which have collected Rs 300 crore and more:

Promoted
Listen to the latest songs, only on JioSaavn.com
"Padmaavat" is directed by Sanjay Leela Bhansali and it also stars Shahid Kapoor and Ranveer Singh. The film is based on Malik Muhammad Jayasi's ballad of the same name, which narrates the story of Rani Padmini of Chittor, who performed jauhar after Alauddin Khilji breeched the fort of Chittor.

Director Bhansali and his team faced several hurdles during the film's making and also before its release. Rajput Karni Sena and many other fringe outfits opposed to the film's release citing historical inaccuracies. Several death threats were issued against Mr Bhansali and Deepika. "Padmaavat" was initially meant to release in December 2017 but the release was postponed to January 25.