Ranveer Singh Has That Friday Feeling. Us Too 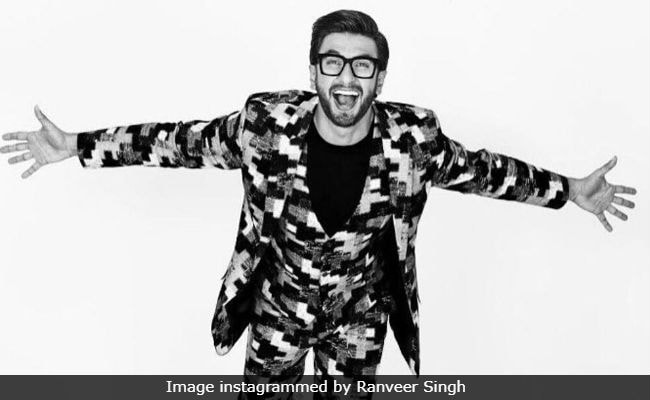 Ranveer Singh has the best picture (because a picture is worth thousand words) to describe that "Friday Feeling." The 33-year-old actor posted a monochrome picture of himself, dressed in a checked suit, sporting the most colourful smile, which clearly identifies with his caption: "Friyay." Ranveer Singh's killing the Internet with his "bindass attitude" and some Instagram users in turn came up with one-liners (sometimes lyrics from songs picturised on Ranveer) to describe what Ranveer's post is doing to them. Like one from Ranveer's Instafam wrote: "Khalibali ho gaya hai dil" (from "Padmaavat"). Going by the post, it seems that Ranveer Singh stole this weekend off from his busy work diary (more about that later).

Are you as excited as Ranveer Singh for the weekend?

Ranveer Singh was last seen in Sanjay Leela Bhansali's "Padmaavat" as antagonist Alauddin Khilji, for which he was critically acclaimed. But Ranveer is not done with 2018 yet. In the last part of 2018, Ranveer will be seen in Rohit Shetty's Simmba, in which he plays the role of rough cop.

As of now, Ranveer Singh is focused on making '83 for director Kabir Khan. In the film based on Indian cricket team's historic 1983 world cup win, Ranveer Singh plays the role of Kapil Dev. '83 is one of Ranveer's two films releasing next year. In February, he will be seen in Zoya Akhtar's Gully Boy co-starring Alia Bhatt.