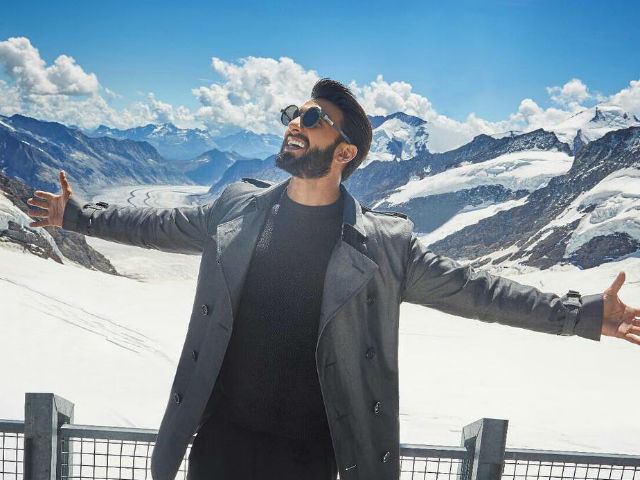 New Delhi: Ranveer Singh completed six years of entertaining movie-goers with the release of his latest film Befikre. The 31-year old actor's debut film Baand Baaja Baaraat released on December 10, 2010 and ever since he's featured in hit films like Gunday, Dil Dhadakne Do and Bajirao Mastani. He's also won critical acclaim with his performance in Lootera. His recent film Befikre is also earning well at the box office despite non-favorable reviews. The film minted a little over Rs 21 crore in two days. Ranveer in a series of tweets, celebration the completion of his sixth year in Bollywood and said that he spent the evening chatting with Aamir Khan about the craft of acting.

A special #6YearsOfRanveerSingh celebration!Chatted about the craft of acting at length wit 1 of my screen idols @aamir_khan day well spent!

Aamir Khan, 51, is busy prepping for the release of his own film later this month. Aamir will feature as wrester Mahavir Singh Phogat in Dangal, which is based on his tryst with the sport and how he coaches his daughters Geeta and Babita in the sport too. The Nitesh Tiwari-directed film will release on December 23.

Meanwhile, Ranveer also thanked his fans for extending their support and said that all he ever wanted to become was an entertainer:

And that you became, Ranveer.

Ranveer Singh's latest film is directed by Aditya Chopra, who until now had only directed Shah Rukh Khan. The film set in Paris is Shyra and Dharam's love story wherein they discover new facets of romance. Of directing Ranveer, Aditya Chopra said: "Even before I knew that I'm going to direct this film, I was writing it for Ranveer. I would not have made Befikre if an actor called Ranveer Singh did not exist." Comparing Ranveer to Shah Rukh, he added: "From the very first day that I directed Ranveer Singh, he was Shah Rukh for me. The same energy, the same brilliance and the same intellect."

Promoted
Listen to the latest songs, only on JioSaavn.com
Watch the trailer of Befikre:


Having completed Befikre, Ranveer will now turn his attention to Sanjay Leela Bhansali's Padmavati, in which he plays the roleof Alaudin Khilji who was smitten by Rani Padmavati's (played by Deepika Padukone) beauty. Shahid Kapoor will play Deepika's onscreen husband, Ratan Singh.