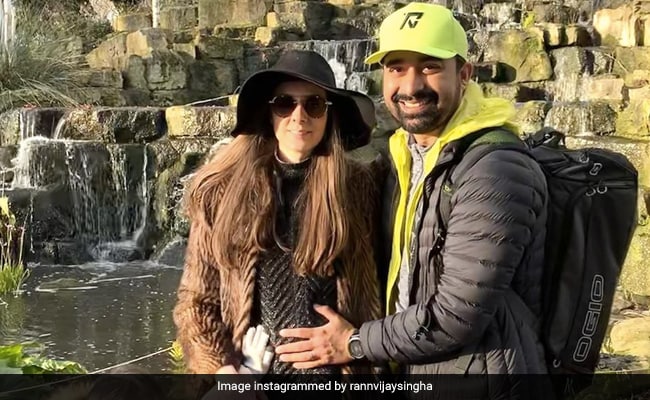 Congratulations, Rannvijay Singha  and Prianka Singha. The couple are expecting their second child together. In his recent Instagram entry, the actor shared a picture of himself along with his wife Prianka Singha, who can be seen with a baby bump, and their daughter Kainaat. In the picture, the family of three can be seen smiling with their all their hearts. Sharing the picture on his Instagram profile, the actor captioned the post: "Missing the three of you so much." Within no time, Rannvijay's post was filled up with congratulatory messages from fans and friends. "Can't wait," wrote Varun Sood. "Congratulations brother Rann," commented Angad Bedi.

Meanwhile, Prianka shared a video with her daughter Kainaat  on her profile and she wrote: "Daddy... the 3 of us are missing you Rannvijay Singh. Can't wait to see you soon! Satnam Waheguru." Rannvijay filled up the comments section of her post with heart emoticons. See the post shared by her here: