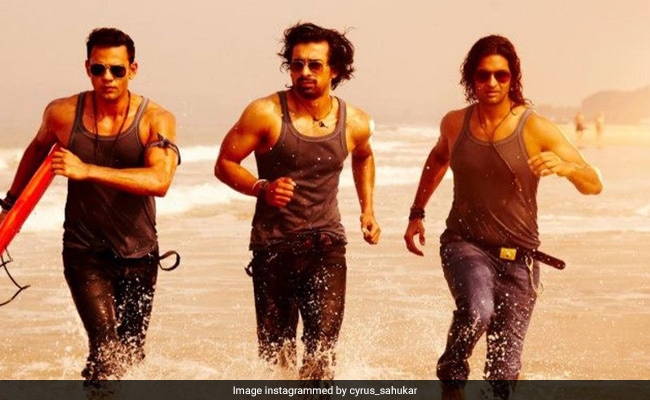 One might or might not be a fan of the popular American TV show Baywatch, but this ROFL version of Baywatch (read the famous coast scene) will certainly garner a separate fan base. In case you are wondering what we are talking about, we are referring to VJ-turned-actor Cyrus Sahukar's latest Instagram entry, in which he made a reference to the popular 1989 TV show, which showcased the adventures of Los Angeles County lifeguards. Anyway, coming back to Cyrus' post, the Aisha actor posted a throwback picture along with fellow VJs Rannvijay Singha and Purab Kohli. In the photograph, the trio can be seen running on the beach. Cyrus being Cyrus, added his dash of signature humour, and captioned the post: "Rannvijay Singha, Purab Kohli and I, Baywatch audition rejects."

If you thought Cryrus' post was hilarious, wait till you see Purab Kohli's response to it. He wrote: "Brother, I got the job! I got cast as the float." While we wait for Rannvijay's reaction to the post, you check out the post:

Cyrus Sahukar, who was last seen in the web-series Mind The Malhotras, has been a part of films like Delhi 6, Aisha, Rang De Basanti and Khoobsurat, to name a few. He hosted several TV shows like MTV Bakra Gag, Chill Out, Spelling Bee and India's Got Talent.

On the work front, Rannvijay Singh was seen as the host of TV reality Splitsvilla 12, along with Sunny Leone. He became a household name after participating in the TV show MTV Roadies. Rannvijay has also starred in films like Sharafat Gayi Tel Lene, Action Replayy and London Dreams among others.

Purab Kohli, a former VJ, is best-known for starring in films like My Brother...Nikhil, Rock On!!, Airlift and Noor. He has also featured in web-series like It's Not That Simple, Typewriter and Out of Love.