Typewriter Review: The series, when it isn't trying to be an outright blood-and-gore show, throws up some genuinely chilling moments. 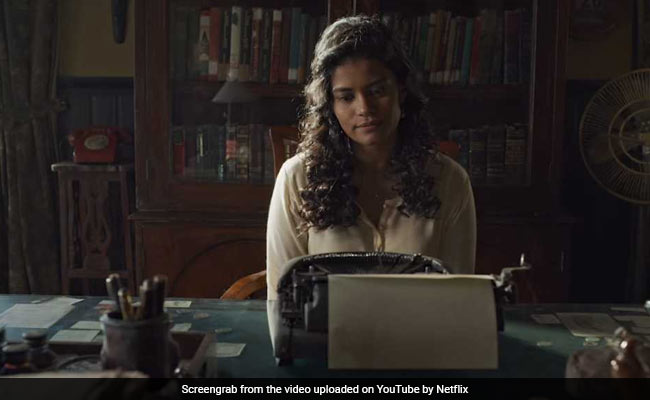 A good old Remington Rand shoulders much of the weight of the aptly titled Typewriter, a new Netflix series created, executive produced directed by Sujoy Ghosh. The inanimate centrepiece of the horror-thriller is rusty all right, but it is neither as innocuous nor as inert as such contraptions usually are. Simply put, it isn't just another standard typewriter. It has a muddled story of its own, steeped in the macabre. The sound of its keys is meant to spook the daylights out of those who come into contact with it. It often does worse: it draws blood.

The five-episode Typewriter, which streams from July 19, is modest-scale haunted house saga whose flawless crafting cannot paper over the inconsistencies in the writing. The series spreads itself thin as it draws inspiration from a medley of genre influences ranging from classic Gothic fiction, Biblical 'blood moon' prophecies and slasher flicks to not-so-unearthly and now-out-of-vogue Enid Blyton yarns for children and young adults and straight-up tales of the occult. Notwithstanding its unevenness, the series, when it isn't trying to be an outright blood-and-gore show, throws up some genuinely chilling moments, most of them centred on the titular typewriter acting up in inexplicable ways.

Perched on a novelist's table in a villa in Bardez, Goa, the typewriter hounds the residents of the three-storey building, especially Jenny Fernandes (Palomi Ghosh), a woman who left the place as a girl and has returned 35 years later only to come face to face with a terrifying mirror image of herself. "I am who you always wanted to be," the doppelganger says to Jenny as they confront each other in a dimly-lit corridor one night. She wakes up with a start. But the living nightmare refuses to go away. 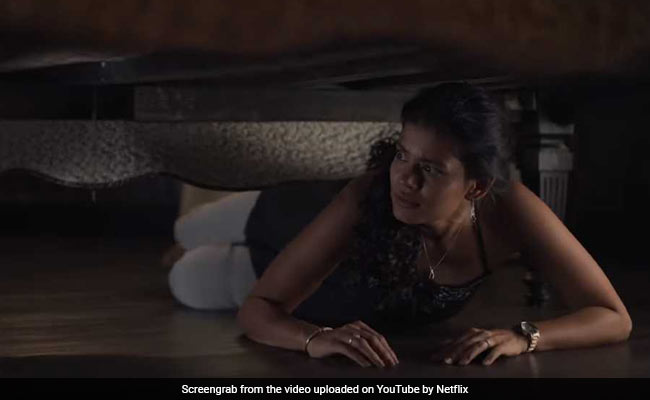 Now a mother of two children, teenage Anya (Sara Gesawat) and 10-year-old Nick (Aaryansh Malviya), Jenny has shifted back to her ancestral abode with her architect-husband Peter (Samir Kochhar), who, as it transpires, is seeking to live down a real estate deal that went horribly wrong in Mumbai. No sooner do they unpack their belongings than dark family secrets begin tumbling out of the cupboard, one of which pertains to Jenny's mother Carol (Shruthy Menon), who died in mysterious circumstances years ago leaving the little girl in the care of her grandfather Madhav (Kanwaljit Singh).

The typewriter, as much a part of Jenny's heirloom as her grandpa's bestselling book The Ghost of Sultanpore, is in perfect working condition. In fact, the mechanical health of the writing machine borders on the sinister. When somebody types "Bhoot is jhooth", it figures out a way to respond, palpably of its own volition, with "Ghost is not fiction." But is it enough to send chills down our spines?

At a few junctures, it is. Every time the typewriter goes clickety-clack, it spells a sense of foreboding. But the jump frights are all too rare as the ghostly and the grotesque intermingle in Jenny's struggle to fathom what on earth is going on in Bardez Villa. That apart, the relentless pressure to deliver the scares at regular intervals tells on the typewriter. Once the novelty of the idea wears off, the law of diminishing returns kicks in and the series settles into a tame, predictable pattern. 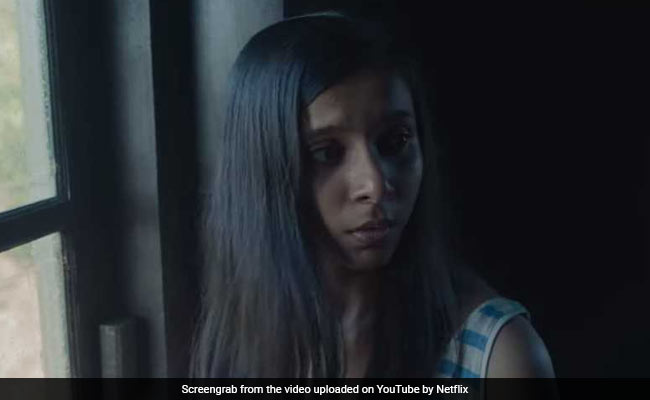 The script (written jointly by Ghosh and Suresh Nair) is frequently forced to fall back on the standard genre tropes - eerie apparitions, violent eviscerations, a deadly double, mystery deaths and a baffled police officer - to sustain the fear quotient. Straddling three specific points in time - 1950, the early 1980s and the present day - the tale is propelled primarily on an evil spirit - the ghost of Sultanpore, who, it is claimed, will return on a "the night of the blood moon" - that, incidentally, is the title of the final chapter - to assert its infallibility. In the midst of the weird goings-on, one character says to another: "You know how strange all this sounds." The reply conceals the increasing strain on credulity: "I'm actually starting to believe you."

Not quite sure everybody will be quite that convinced as Typewriter hurtles towards the climax via an old wives' tale from seven decades ago about a woman with the power to kill and the legend of Fakeer, described as a soul collector who is lying in wait to make his presence felt all over again.

The presence of the occult overrides everything else in Typewriter, so the principal flesh-and-blood characters have to strive hard to emerge out of the shadows. Jenny does, thanks in no mean measure to a perfectly modulated performance by Palomi Ghosh, but a killer on the prowl in the guise of a mathematics teacher (Jisshu Sengupta, a Bengali movie star cast completely against type here) does not. The latter's motivation remains shrouded in haze until the bitter end, appreciably reducing the intensity of the menace that he is supposed to create.

Another key part of the plot: four pre-teen schoolchildren - Sameera (Aarna Sharma), Gablu (Mikail Gandhi), Bunty (Palash Kamble), besides Jenny's son, Nick - chase ghosts in all earnestness. Sameera, the only girl in the group, is motherless. She believes that a ghost can help her bring her mother back to life. Her father, police officer Ravi Anand (Purab Kohli), struggles to keep Sameera out of trouble. 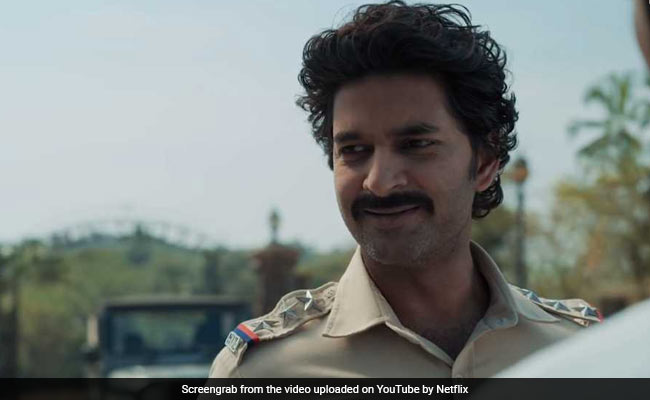 By putting four children in the thick of the action, Typewriter embraces an unusual bipolarity. It is a series that is rated 16+ and isn't meant for viewers of the age of Sameera, Gablu, Bunty and Nick, so the whole adventure-mystery-fantasy element in the story does not get the play it deserves.

Typewriter reels out a somewhat scrambled tale that also involves Jenny's childhood nanny Sara (Suhita Thatte) who hasn't been seen in all these years, and her estranged husband Moses (Harish Khanna), a man who knows too much. Their reminiscences - Jenny tracks down Sara and Sameera befriends Moses - intersect each other in a simultaneous double narration in the penultimate chapter of the series. The editing (Dnyanada Samarth) is stunningly spiffy here.

On the technical front as a whole, Typewriter is first-rate. The lighting and lensing by director of photography Gairik Sarkar work wonders, creating just the right atmospherics to drive the series. The original music (Raja Narayan Deb) and the production design (Kaushik Das, Subrata Barik, Suresh Selvarajan) are also on the money. It is in the matter of plotting that Typewriter occasionally loses the plot, which stops it short of being an unqualified success.