Brad Cohen wrote Front of The Class, which has inspired Rani Mukerji's Hichki 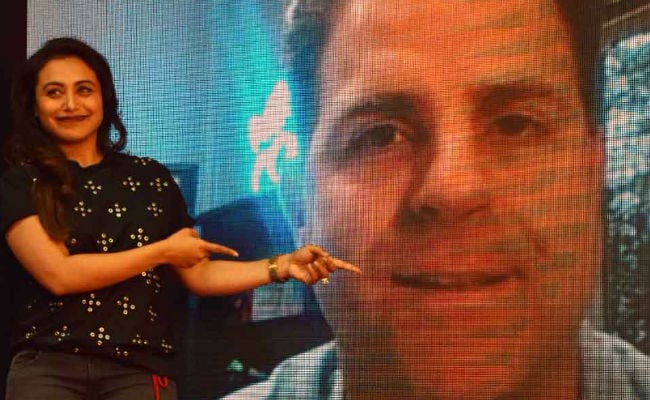 New Delhi: Rani Mukerji screened her upcoming film Hichki for Brad Cohen, the real-life inspiration for Rani's character in the film on Monday. Hichki, co-produced by Maneesh Sharma and Yash Raj Films, is the adaptation of Brad Cohen's book, Front of the Class: How Tourette Syndrome Made Me the Teacher I Never Had. The 39-year-old actress organised a screening for Mr Cohen and his students in Atlanta, director Siddharth P Malhotra told news agency IANS. "Brad is well aware of Rani's stellar body of work as an actor and that makes the film screening more special as he knows Rani has given it her all to bring his story to life," he said. Rani Mukerji and Siddharth Malhotra connected with Brad Cohen and his students in Atlanta via a video call. In the film, Rani Mukerji plays the role of an aspiring teacher with Tourette Syndrome. She is given a given a class comprising students from the lower economic group enrolled in an elite school as per right to education guidelines. The students fail to fit in with their peers much like their teacher.

Siddharth P Malhotra, who reportedly took five years to develop the film's plot, said that Rani Mukerji has read Brad Cohen's book and added: "She researched the story of his life thoroughly for authentic portrayal of her character."

Brad Cohen, who has watched Rani Mukerji's Black, said during the video conference: "The way she performed I realised she is very empathetic towards others."

Promoted
Listen to the latest songs, only on JioSaavn.com
Hichki will hit the screens on March 23.