Rani Mukerji Says 'Mardaani 2 Has An Important Message, Entire Nation Should Watch It'

Mardaani 2: Rani Mukerji said, "The entire plan has been built to spread this message as wide, to as many people as possible." 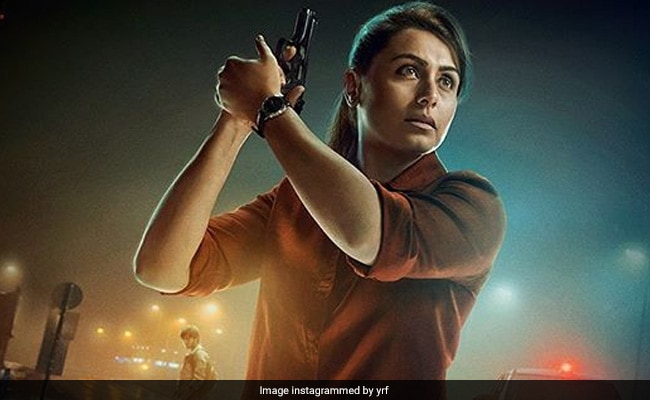 Mardaani 2: Rani Mukerji on the promotional poster of the film. (Image courtesy: yrf)

The trailer of Rani Mukerji's next film Mardaani 2 dropped on the Internet on Thursday and it was critically appraised by the film industry and cinephiles alike and specking to news agency IANS the actress said that she 'hopes that the entire nation watches the film' as it aims to spread an 'important social message.' Rani Mukerji told IANS that Mardaani 2 is inspired by 'disturbing true events.' In Mardaani 2, Rani Mukerji reprises the role of top-cop Shivani Shivaji Roy, who is charged with capturing a rapist in Kota, who is targeting female students.

Rani Mukerji told IANS: "I'm hoping that the entire nation watches this film because it is inspired by some very disturbing true events that have happened around us wherein, crime has been committed by a someone you don't even expect is capable of hurting anyone. Such crimes committed by juveniles is a reality and it is important for everyone to take note of this because it's one of the biggest challenges and threats posed to society at large."

"Mardaani 2 has an important social message and the entire plan has been built to spread this message as wide, to as many people as possible," she added.

Watch the trailer of Mardaani 2:

Speaking about the audience's reactions to the trailer, Rani Mukerji told IANS, "I'm overwhelmed by the reactions and really happy that our trailer has struck a chord with audiences."

Produced by Yash Raj Films (headed by Rani's husband Aditya Chopra), Mardaani 2 is directed by Gopi Puthran and it is set to hit theatres on December 13.