Rani Mukerji Hopes Adira, 2, Will Be Proud That Both Parents Work 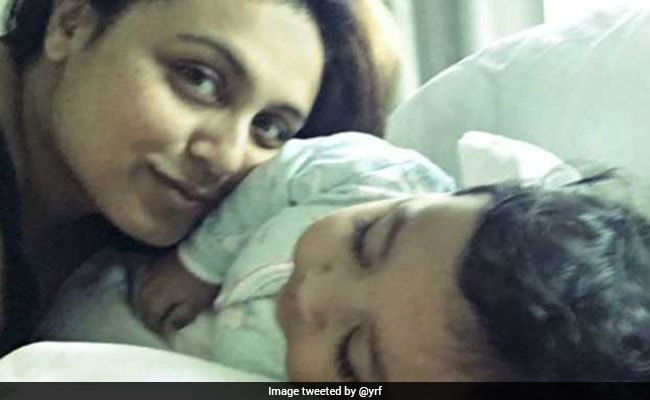 New Delhi: Rani Mukerji is all set to star in Hichki, which is her first film after daughter Adira's birth, and Rani is confident that her daughter will one day be proud that her parents leave home for work. Adira was born to Rani and filmmaker Aditya Chopra in 2015 and is couple's first child. In a recent interview with news agency PTI, Rani said, "I had this anxiety about leaving my daughter at home because it was going to be a new environment for her. She is not going to see me for a few hours, which she is used to. It is a dilemma that every working mother goes through where you face this anxiety," Rani told PTI.

Rani added: "The child will soon get used to it. I am sure Adira will understand that both her parents leave home for work. It will be normal and it will be something that she will be proud of."

Rani, who was last seen in Mardaani, believes things are changing now as fathers are getting more involved in the upbringing of their children. Of this, Rani said, "People are still not ready to accept it. It is a hesitation that they need to overcome. Obviously, a child is more attached to the mother. But now fathers are also getting involved."

"When we expect that men should go out and work, those men should also be encouraged to participate in the house work. What happens is that they are discouraged from doing it. It is a mental block that we need to overcome," PTI quoted Rani as saying.

Rani also spoke about Aditya Chopra, who runs the Yash Raj Films. Rani said, "As a director-producer, he understands that I also have a responsibility towards the people who have given me so much love and adoration."

Earlier, Rani revealed that the lack of pictures of Adira on social media, is at the behest of her famously reclusive husband. "I am not on social media. I don't post pictures of my daughter because my husband is a very private person and I respect that. Also, I don't like saying no to my fans, especially when they ask me to post pictures," she said.

Rani is star of films such as Kuch Kuch Hota Hai, Veer-Zaara, Baabul among others. In Hichki, Rani plays the role of Naina Mathur, who has a nervous system disorder called Tourette Syndrome, that forces an individual to make involuntary repetitive movements or sounds and in Rani's case it's chuk-chuk-chuk. The film is directed by Siddharth P Malhotra and is scheduled to release on February 23rd, 2018.