The picture is trending on social media big time 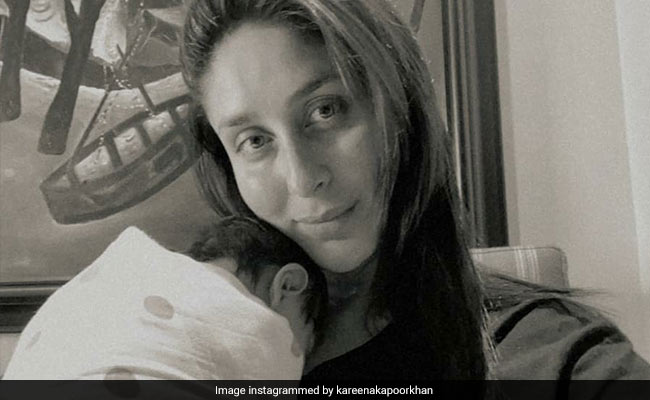 Kareena Kapoor's father and veteran actor Randhir Kapoor, who is relatively new to social media, accidentally shared a picture of what fans believe was a glimpse of his second grandson. On Monday, the veteran actor posted a throwback picture collage of Saif Ali Khan and Kareena Kapoor's son Taimur on one side and a picture of another baby on the other. The actor was quick to delete the post from his profile on Instagram. However, the Internet couldn't get past his post and thought that the second picture was that of the star couple's newborn child. Several fan pages shared a screenshot of the picture.

Saif Ali Khan is a social media recluse, while Kareena Kapoor, who is active on Instagram, teased her fans with a picture of her son on a special occasion. On Women's Day, Kareena Kapoor shared the first picture of her baby boy and she wrote in her caption: "There's nothing women can't do. Happy Women's Day my loves. #InternationalWomensDay."

Kareena and Saif Ali Khan married in 2012 after dating for some years. They announced their second pregnancy last August. They are co-stars of films like Omkara, Agent Vinod and Kurbaan and Tashan. The actress announced her pregnancy memoir titled The Kareena Kapoor Khan Pregnancy Bible, on her son Taimur's fourth birthday in December last year. Kareena Kapoor and Saif Ali Khan welcomed a son on February 21. "We have been blessed with a baby boy. Mom and baby are safe and healthy. Thank you to our well-wishers for their love and support," Saif said in a statement.