"I need a tan, Ok going to workout now," Kareena wrote in the caption of the post 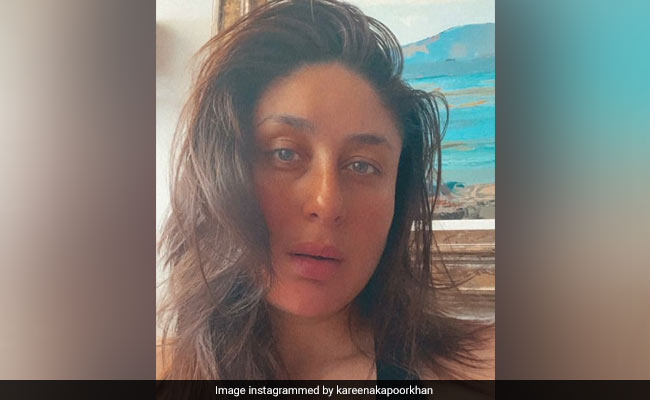 Actress Kareena Kapoor, on Tuesday, dropped two new pictures of herself on Instagram. The actress who recently welcomed her second child with her husband, actor Saif Ali Khan, has resumed her workout routine. In the new pictures that she shared on Instagram, Kareena gave a glimpse of her pre-workout look to her fans. Kareena Kapoor can be seen acing the no make-up look in both the pictures. While the first picture features Kareena with her hair open, the second one captures her sporting a tight bun for the workout session. "I need a tan, Ok going to workout now," she wrote in the caption of the post.

Kareena can be seen dressed in gym wear in the pictures. The actress' post was liked by many of her fans who also left several comments on the post. Most of the fans dropped heart and fire emojis in the comments section of the post.

Earlier last week, Kareena treated her fans to a throwback picture of herself from her vacation in Gstaad. In the post, Kareena shared that she misses holidaying in Gstaad with her family. Gstaad, which is a ski resort in Switzerland, is Kareena's favourite travel destination. She has been visiting Gstaad with Saif every year since they got married in 2012. Kareena couldn't make it to Gstaad last year due to the COVID-19 pandemic.

In terms of work, Kareena Kapoor was last seen in Homi Adajania directorial Angrezi Medium, co-starring late actor Irrfan Khan. She will next be seen in Karan Johar's period-drama Takht. She will also be seen starring opposite Aamir Khan inLaal Singh Chaddha.