Ranbir Kapoor's Shamshera Release Date Announced. No, The Film Will Not Release In 2019 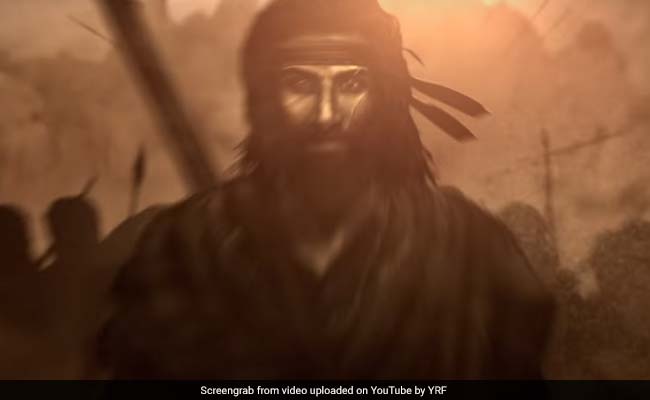 A still from the teaser of Shamshera (Courtesy YouTube)

Ranbir Kapoor fans, we have good news for you. The release date of Ranbir's next film Shamshera has been finalised. The film, which also features Sanjay Dutt and Vaani Kapoor, will release in the theatres on July 31, 2020. Produced by Yash Raj Films, Shamshera goes on floors at the end of this year. Shamshera will be a "high-octane masala film," a YRF statement revealed. "An edge of the seat adventure, it is set in the heartland of India and will have jaw-dropping action sequences," the statement read. Sanjay Dutt will be playing the "merciless and ruthless" villain in the film while Vaani Kapoor will play Ranbir's love interest in Shamshera.

"Vaani plays Ranbir's love interest in the film and is a very important collaborator in his character's journey. Her character graph is interlinked to the plot of the film, making her a crucial catalyst in our hero's rebellious mission," a source told news agency IANS reported.

YRF dropped the first look of their project last month, where Ranbir Kapoor features in a never- seen-before look. The Sanju actor plays a dacoit in the film and as mentioned earlier, the film will be brimming with some high octane action sequences. With films like Brothers and Agneepath on his resume, Shamshera will be Karan Malhotra's third film as a director.

Promoted
Listen to the latest songs, only on JioSaavn.com
The project was announced by YRF on their official twitter handle with a teaser, which featured Ranbir Kapoor in a tough and rugged look. In the 45-second teaser, we saw Ranbir sporting a scarred look and his hands clad with deadly weapons. The first look of the film was released along with the caption: "Presenting Ranbir Kapoor in a never seen before avatar in YRF's next action adventure Shamshera. Directed by Karan Malhotra."

Presenting #RanbirKapoor in a never seen before avatar in YRF's next action adventure #SHAMSHERA. Directed by @karanmalhotra21 | @ShamsheraMoviepic.twitter.com/5Dqg7GDOhQ

Meanwhile, Ranbir Kapoor's recently released film Sanju is doing a remarkable business at the box office. The Rajkumar Hirani-directed film has been welcomed with positive reviews by critics and audience alike. Sanju has collected Rs 167.51 crore in just 5 days. Ranbir plays the protagonist in the biopic, which is based on the life of actor Sanjay Dutt. The 35-year-old actor will also begin shooting for the second schedule of Brahmastra, which features his rumoured girlfriend Alia Bhatt. Directed by Ayan Mukerji, Brahmastra is a fantasy trilogy, the first part of which is expected to release next year.