Ranbir Kapoor: I Want to Hide my Personal Life 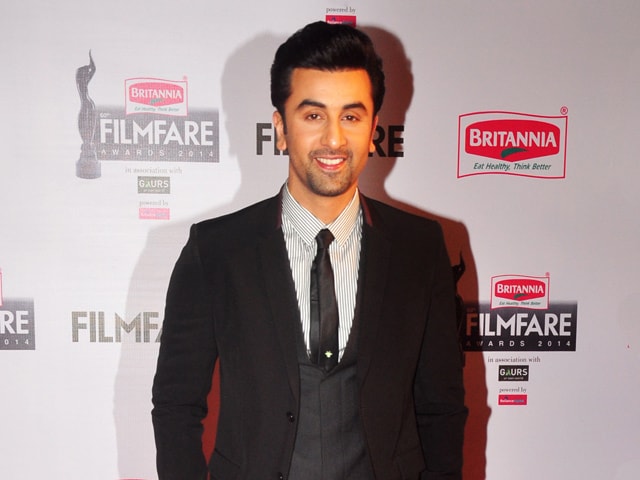 Ranbir Kapoor at an event in Mumbai.

Actor Ranbir Kapoor said that he wants to hide his personal life and not make his personal space a public space. "A reality show that people are making it out to be," he said, as he put in an appearance for the promotion of Roy.

Year 2014 saw Ranbir missing in action, so would 2015 be Ranbir shining? "Well I don't know about but I hope it's a great start with Roy, my first release since Besharam," Ranbir said.

The movie is directed by Vikramjit Singh, who is Ranbir's childhood friend. The actor said it was the thought behind the film which compelled him to do this. He was the first to read the script and though approached to play Kabir, which is now being played by Arjun Rampal, Ranbir chose to play Roy the thief.

When asked if he had a confession to make, Ranbir said, "Oh no confession what if there is a FIR against me."

So had he watched the controversial AIB Roast? "No I haven't but it's sad what's happening to them. It's sad they aren't compelling you to watch it. Also if I had a child as a parent I would exercise viewer discretion, but it's sad, the backlash," Ranbir said.

Talking about shooting Tamasha in Delhi, the actor said, "It was a side of Delhi which has not been explored before and I am so impressed with Gurgaon and Cyber Hub."

Ranbir would also be seen with Anushka Sharma and Aishwarya Rai in filmmaker Karan Johar's next and he said that he was looking forward to working with them and especially with Aishwarya. "She got married the year I joined films, she got busy with family and I am glad that I finally will get to work with her."

And lastly the Rockstar made an appeal to the men in blue, "Guys don't give the cup back."