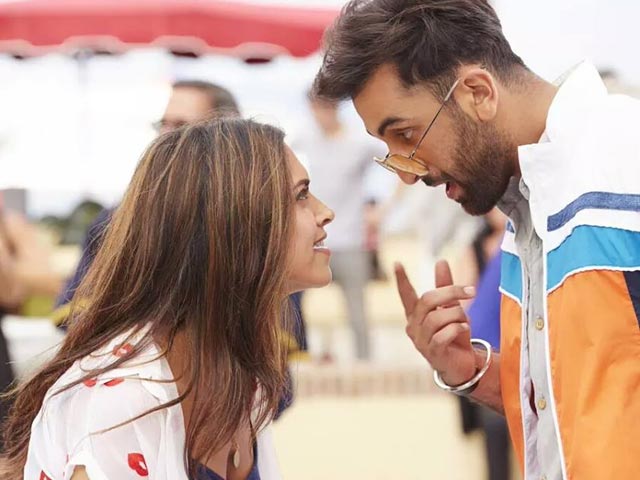 A still from Matargashti featuring Ranbir and Deepika

But it's clearly Ranbir who steals the show with his efforts to woo Deepika, mimicry of evergreen actor Dev Anand and impeccable comic timing.

The French island of Corsica, with its blue seascapes and breathtaking visuals, provides the backdrop to the romance between the characters played by Deepika Padukone, Tara and Ranbir Kapoor, Dev. The peppy feel-good song has been sung by Mohit Chauhan, the voice of Ranbir's character in Rockstar. AR Rahman has scored the music.

In Tamasha, Deepika reportedly plays an Asterix fan (which explains Corsica, the setting for one of the indomitable Gaul's adventures) who falls in love with Ranbir's character after a chance encounter. They form a troupe to stage plays and fall in love along the way.

Tamasha is out on November 27.