Ranbir Kapoor, Alia Bhatt Wedding: The Kaleera Fell On Karisma Kapoor Guys, And She Was This Excited 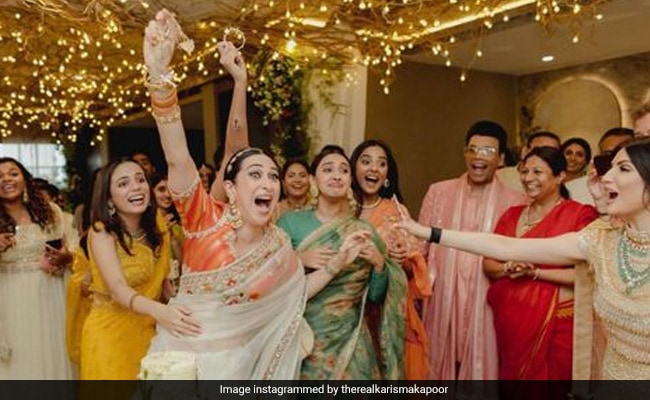 It's been a day of glimpses into what went down at Ranbir Kapoor and Alia Bhatt's wedding festivities. We're still getting over the pictures from the mehendi shared by the bride and Neetu Kapoor, Ranbir's mother; now, add Karisma Kapoor's post to the list please. Karisma, who is Ranbir's cousin, shared an absolutely hilarious post in which she reveals that the she came out top in the kaleera shaking ritual. "Instagram vs reality. The kaleera fell on me guys," Karisma wrote – the kaleera, ornaments attached to the bride's bangles, falling on you is supposed to mean you will be the next to marry.

Karisma shared two pictures; true to her "Instagram vs reality" caption, she looks demurely pleased with the kaleera in the fist picture. The second photo shows what actually happened – Karisma Kapoor looks like she won the lottery, holding the kaleera up like a trophy, as Ranbir's sister Riddhima, Karan Johar and others laugh and cheer. 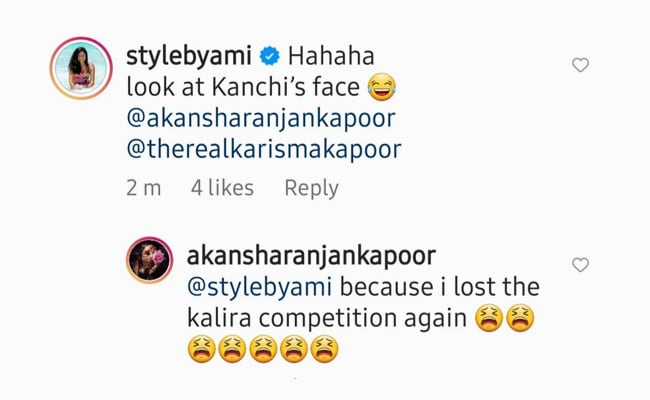 Karisma Kapoor married businessman Sanjay Kapur in 2003 and the couple divorced in 2016. They have two children.

Ranbir Kapoor and Alia Bhatt married on April 14 after dating for five years. A mehendi was held the day before. Both ceremonies were private and were attended by close family and friends only.