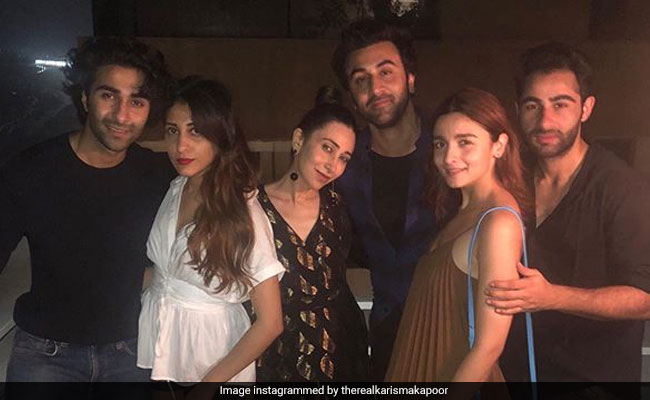 Karisma Kapoor started her weekend with a cousins-only party in Mumbai, which included Ranbir Kapoor and his rumoured girlfriend Alia Bhatt. Karisma shared a group picture which also included Armaan Jain and Adar Jain (sons of Karisma's aunt Rima Jain) and Anissa Malhotra, who is reportedly dating Armaan. Karisma captioned the picture "Cousins" along with a heart emoticon and tagged the group. She also listed the missing members - Kareena Kapoor and Saif Ali Khan, Riddhima Kapoor Sahni and her husband Bharat and Nitasha and Nikhil Nanda (children of Ritu Nanda).

Kareena and Saif skipped the get-together as they were hosting Kunal Kemmu's birthday party at their home in Bandra on the same night but more on that later. Check out Karisma Kapoor's post here:

The Kapoors were divided on Saturday eve as Kareena and Saif hosted a party for Saif's brother-in-law Kunal Kemmu at their home in Mumbai too. Neha Dhupia and her husband Angad Bedi also dropped in. Kareena's uncle Kunal Kapoor was also there with his son Zahan.

Here are pictures from Kareena and Saif's house party: 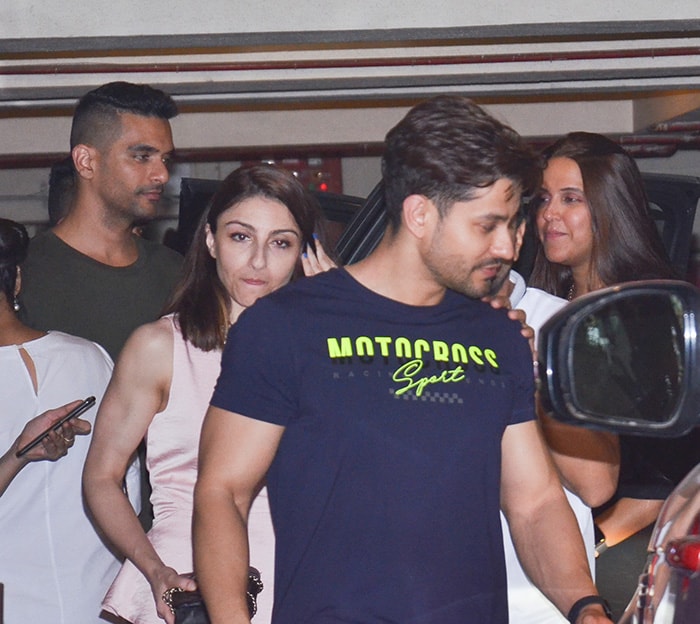 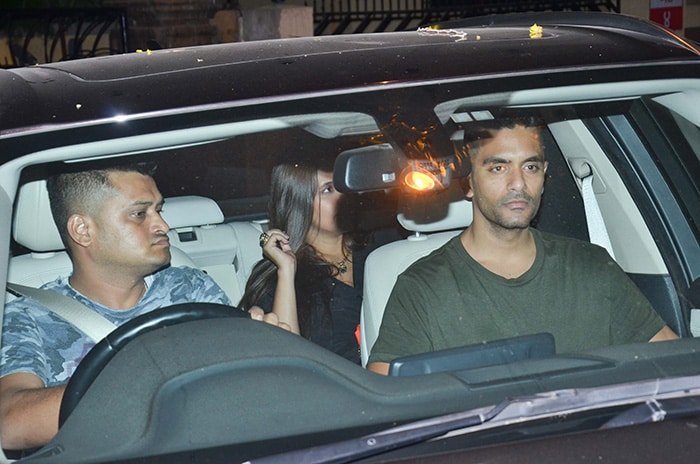 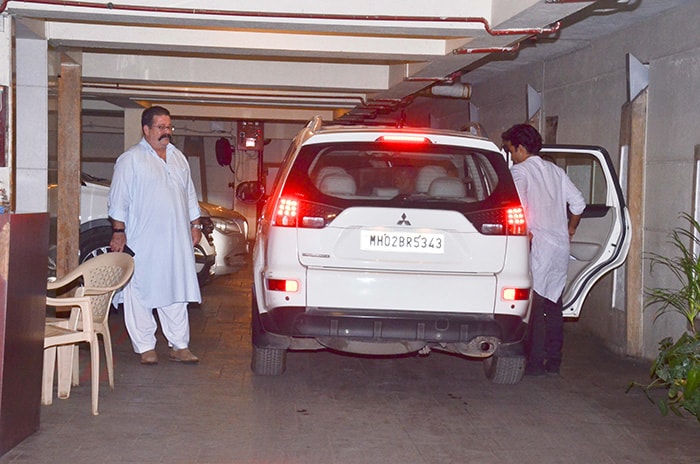 Saif Ali Khan will be next seen in Sacred Games season 2 while Kareena Kapoor is filming Good News.