"Thank you my family for making my birthday so special," wrote Bunty Bajaj 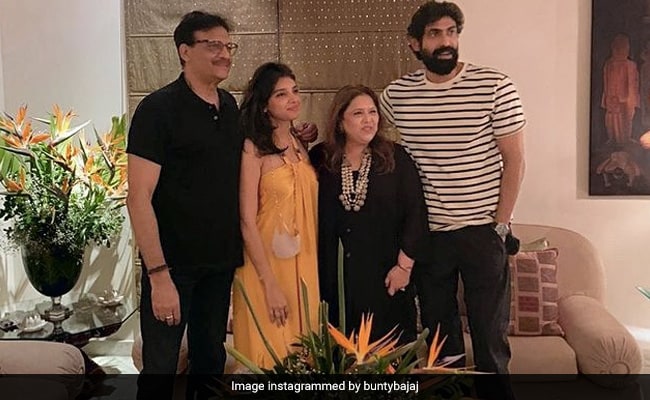 Rana Daggubati visited his mother-in-law Bunty Bajaj on her birthday on Thursday, a picture from which she shared on her unverified Instagram handle. The picture features Rana along with his wife and interior decorator Miheeka Bajaj, along with her parents. Miheeka Bajaj is a scion of Hyderabad's Bajaj family. Her mother Bunty and father Suresh Bajaj are the founders of a couture jewelry brand called Krsala jewels. An excited Bunty Bajaj shared a picture from the get-together and she wrote: "Thank you my family for making my birthday so special."