Miheeka Bajaj was dressed in traditional outfit, while Rana Daggubati kept it casual Rana Daggubati and Miheeka Bajaj celebrated their first Karwa Chauth on Wednesday and they did it in style. The couple might not have shared the pictures from the festivities on their respective social media accounts but thanks to Miheeka's mother Bunty Bajaj, who gave us a glimpse of the newlyweds' Karwa Chauth celebrations. For the festival, Miheeka was dressed immaculately from head-to-toe. She wore a red saree, a statement necklace and accentuated her look with gold earrings and nosering. Rana Daggubati, on the other hand, kept it casual in a black sweatshirt and blue denims. He also wore a cap. Sharing a picture of the couple, Bunty Bajaj wrote: "Happy Karwa Chauth. God bless."

On her Instagram stories, Bunty Bajaj added some more pictures of the couple from the festivities: 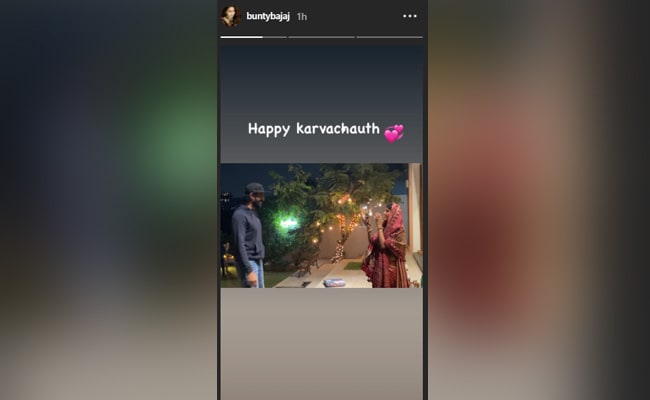 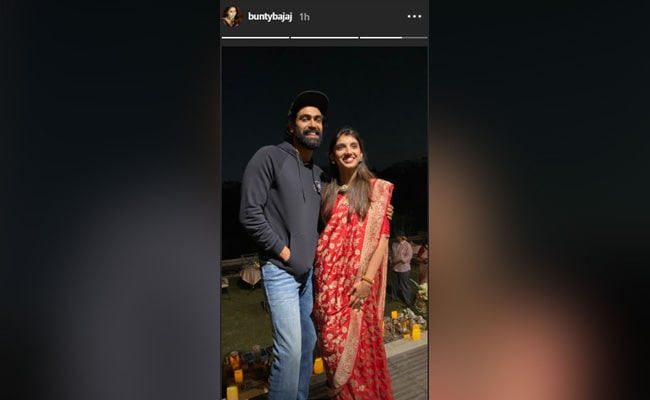 Last month, Miheeka Bajaj shared a loved-up picture with her husband Rana Daggubati and she wrote: "Just because."

Rana Daggubati and Miheeka got married in an intimate ceremony in Hyderabad in August, in the presence of a few family members. Other than members of the Daggubati family, Rana's best friend Ram Charan and his wife Upasana, and actor Allu Arjun, were also among the 30 guests who received invites.