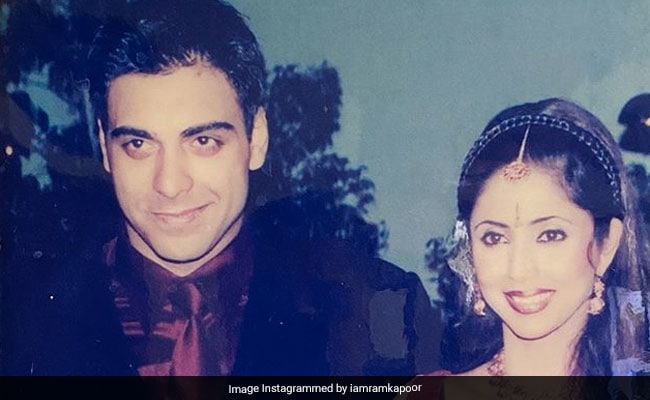 Actor Ram Kapoor, in a throwback kind of a mood, took a trip down memory lane and landed almost two decades behind in the past. Ram Kapoor, who met his wife Gautami on the sets of Ekta Kapoor's TV show Ghar Ek Mandir, shared a blast from the past from those days. Ram Kapoor stressed on the word "way" to highlight how long a journey he and Gautami have traversed together. Here's what he wrote: "Waaaaaaaaay back when..." The photo must have made Gautami really nostalgic, who wrote: "How time flies!" in the comments section. Ram Kapoor's photo has also cast a nostalgic spell on his entire Instafam, who couldn't stop saying that the throwback has brought back memories of seeing Ram Kapoor and Gautami together onscreen in Ghar Ek Mandir. The show ran between 2000 and 2002 and propelled both Ram Kapoor and Gautami to fame.

Ram Kapoor and Gautami got married in 2003 and are parents to son Aks and daughter Sia. Take a look at his post here:

On Ghar Ek Mandir's 20th anniversary last year, Gautami Kapoor wrote: "20 years since Ghar Ek Mandir... how time flies. Thank you Ekta Kapoor for this one. Met my husband on this set."

Ram Kapoor and Gautami became popular names in the television world after starring in Ghar Ek Mandir. Gautami went on to star in shows such as Lipstick, Kyunkii... Saas Bhi Kabhi Bahu Thi and Parvarrish. Ram Kapoor is best known for his roles in shows such as Kyunkii... Saas Bhi Kabhi Bahu Thi, Dil Ki Baatein Dil Hi Jaane and Kasamh Se. Apart from small screen, Ram Kapoor has also featured in films such as Student Of The Year, Shaadi Ke Side Effects, Karthik Calling Karthik and Baar Baar Dekho. He was last seen in the web-series Abhay.