Gautami Kapoor wrote, "Thank you, Ekta Kapoor for this one... met my husband on this set." 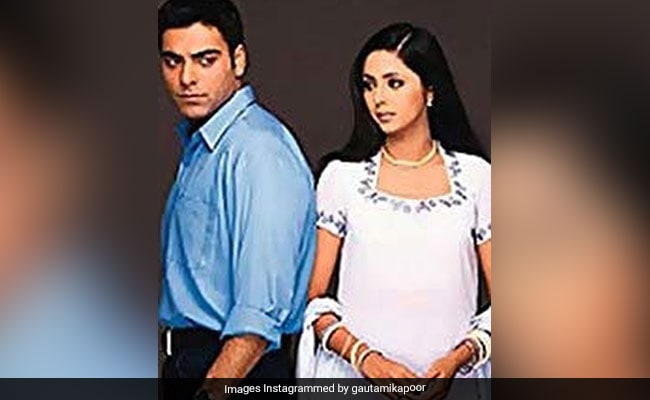 Ram Kapoor and Gautami's fates were locked 20 years ago today, when they first started filming television show Ghar Ek Mandir, which was produced by Ekta Kapoor. Gautami Kapoor shared throwback photos from the show and thanked Ekta Kapoor for casting them in Ghar Ek Mandir, where she first met Ram Kapoor. "20 years since Ghar Ek Mandir... How time flies... Thank you, Ekta Kapoor for this one... met my husband on this set," Gautami wrote. Fans of Gautami and Ram Kapoor couldn't stop gushing over the throwback post and shared several sweet remarks in the comments section. "One of my favourite shows and favourite couple," wrote a fan while another added, "Both of you look so comfortable from that time only till today. Perfect match both of you."

Ghar Ek Mandir was Gautami's first full-fledged small screen appearance while it was Ram Kapoor's breakthrough show - he debuted with Nyay and also featured in Heena, Sangharsh and Kavita before Ghar Ek Mandir made him a household name.

Gautami and Ram Kapoor's Ghar Ek Mandir aired on television from 2000 to 2002 and the couple got married on Valentine's Day in 2003. They are parents to daughter Sia and son Aks.

Ram Kapoor and Gautami have also co-starred in films like Student Of The Year and Shaadi Ke Side Effects.