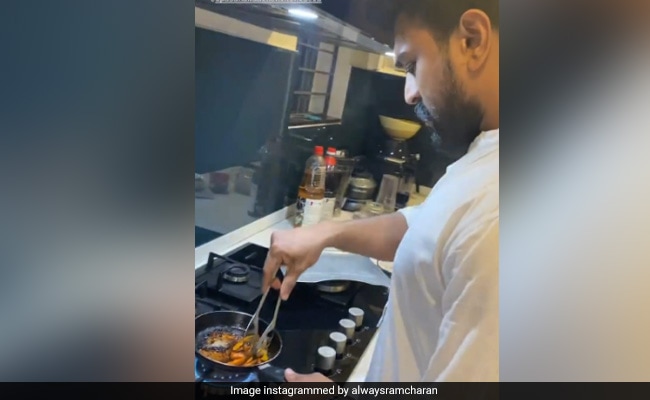 Ram Charan is not just a brilliant actor but also a good cook. The reason we are saying this is because the actor, on Wednesday, shared a video on his Instagram profile and showed off his cooking skills. The actor donned the chef's hat amid lockdown and cooked dinner for his wife Upasana. In the Instagram story, the actor could be seen cooking what appears to be a non-veg dish in his kitchen. The person behind-the-camera appears to be Upasna. Share moments of himself cooking and channeling his inner chef, Ram Charan wrote: "Cooking dinner for the Mrs." Take a look at the screenshot of his Instagram story: 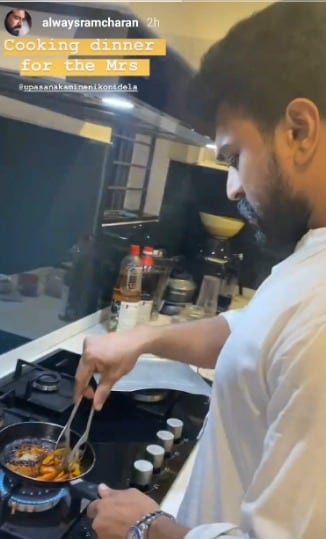 Ram Charan is the son of south star Chiranjeevi and Surekha. He is the cousin of Allu Arjun, Varun Tej, Sai Dharam Tej, Allu Sirish, Niharika Konidela, all of whom are actors. Ram Charan got married to Upasana in June, 2012.

On the work front, he made his debut in acting with the 2007 Telugu film Chirutha. He has worked in several hits like Magadheera, Racha, Naayak, Yevadu, Dhruva, Rangasthalam and Zanjeer. He has also produced films such as Sye Raa Narasimha Reddy and Khaidi No 150. Ram Charan's next project is RRR. The SS Raajamouli-directed film also stars Junior NTR, Ajay Devgn and Alia Bhatt. It is set in the 1920's and it is a "fictitious story based on two legendary freedom fighters - Alluri Seetharamaraju and Komaram Bheem," who fought against the British Raj and the Nizam of Hyderabad, respectively.