Rajkummar Rao expressed his feelings for Patralekhaa by writing a letter 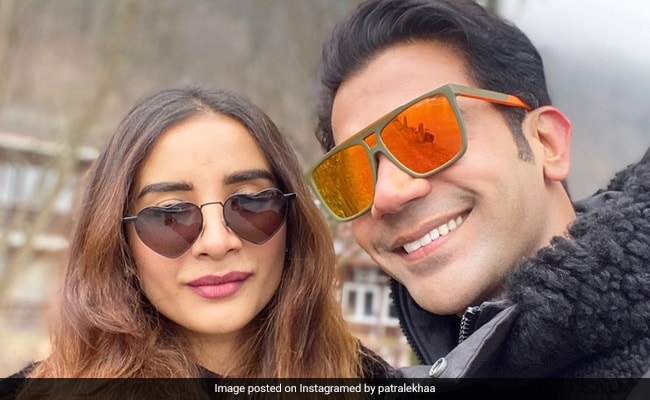 Valentine's Day is almost here and it's time to talk about love. Guess who wrote a long love letter for his love interest? Well, it's our very own Rajkummar Rao. The letter is addressed to his girlfriend Patralekhaa, which he shared on Instagram on Wednesday. Rajkummar Rao has shared his thoughts on "love" and "words and gestures" people use to express it. It contains some deep thoughts coming from Rajkummar Rao himself. Rajkummar opened the letter by writing, "It's the month of love and I've been thinking. Pondering, in fact, about love and the words and the gestures we choose to express it." Rajkummar Rao also talked about the "conventional romantic roles" that he has played as an actor, which made him question "love's 'accepted' words and gestures" in comparison to how it "actually turns out."

The 35-year-old actor agreed that "love makes the world go round." However, his "concern" lies in part which is "abused and misunderstood." He further wrote, "Allow me to explain." Rajkummar questions the use of phrases like "madly in love" and "blinded by love" to express feelings of love. He rejects the usage of such lines which indicate that love "overrides logic" and "leaves you incapacitated." He further goes on to explain how two people "embark on a journey" to "uplift". Giving his own example with Patralekhaa, he wrote, "Surely the love I found in you made me more, made me believe that we are one formidable force when together."

Rajkummar Rao also rejects expressions like "settling down" and "all you need is love" and says, "I know we have anything but settled down, we have in fact risen up and accomplished more than what we could have individually I think." Further down he wrote, "I know that we have built a greater us."

The 35-year-old actor concluded his love letter by acknowledging the "ups and downs" they have had but what remained "constant" is "us." All of this happened, "Without the mandate of fancy dinner dates, chocolates or over the top gestures. I would choose to tread this path, do things that are meaningful and continue to reimagine this beautiful emotion to be greater together always."

Rajkummar Rao signed off this heartfelt and thought-provoking love letter with "Love, Raj."

Take a look at this letter by Rajkummar Rao wishing "Happy Valentine's Day" to his girlfriend. Patralekhaa shared the same letter on her Instagram saying: "Thank you for this, Rk. Happy Valentine's Day." Priyanka Chopra and Anil Kapoor dropped the heart emojis on Rajkummar's post.