Rajkummar Rao has joined the group of celebrities, who have tried their luck with the Sui Dhaaga Challenge 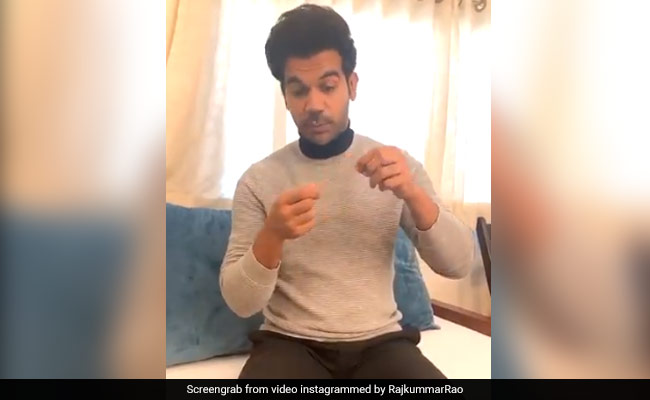 Rajkummar Rao has joined the group of celebrities, who have tried their luck with the Sui Dhaaga Challenge and guess what, he nailed it. In a recent video shared by Rajkummar, he can be seen taking up the Sui Dhaaga Challenge after being nominated by his Fanney Khan co-star Anil Kapoor. The 34-year-old actress can be seen effortlessly threading the needle within few seconds. Rajkummar Rao, who is basking in the success of his film Stree, said: "Perks of being a tailor in Stree." At the end of the video, Rajkummar also nominated his Stree co-star Shraddha Kapoor to take up the challenge.

Thank you @AnilKapoor sir for nominating me. All the best @Varun_dvn & @AnushkaSharma for #SuiDhaaga. Can't wait to watch it. I nominate @ShraddhaKapoor for the #SuiDhaagaChallenge. pic.twitter.com/AThsMKB8Re

Actors Varun Dhawan and Anushka Sharma are currently promoting Suji Dhaaga, which hits the theatres this Friday. Set in a small town Chanderi, Madhya Pradesh, Sui Dhaaga showcases the journey of a tailor Mauji (Varun Dhawan) and his embroiderer wife Mamta (Anushka Sharma), who wish to start their own clothing business.

In an interview to news agency PTI, Varun Dhawan had revealed why the film is "very special" for him and Anushka. "This film is very special for me and Anushka. I don't think I can describe the feeling in words. It's a sense of pride and a sense of what you feel to be an Indian. What it feels to be an Indian, we are never able to tell that to people. Patriotism doesn't always need to be said, it needs to be felt," Varun told PTI.

Sui Dhaaga has been directed by Sharat Katariya, who had earlier directed Dum Laga Ke Haisha.