"Thanks for nominating us Alia Bhatt! We accept the Sui Dhaaga Challenge," tweeted Karan Johar 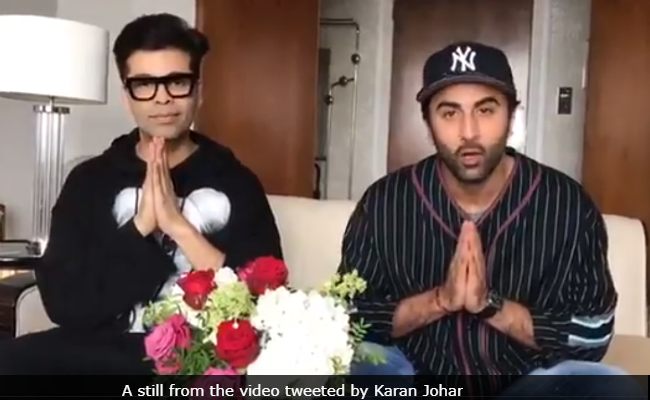 Karan Johar and Ranbir Kapoor in a still from the video. (Image courtesy: Twitter )

Thanks for nominating us @aliaa08 ! We accept the #suidhaagachallenge and further nominate @deepikapadukone and @RanveerOfficial !! Best of luck @AnushkaSharma@Varun_dvnpic.twitter.com/B0SaafYSji

On Wednesday, Alia accepted the challenge and shared a video on social media, in which she could be seen competing with her Kalank co-star Aditya Roy Kapur. Alia then nominated Karan Johar and her Brahmastra co-star and rumoured boyfriend Ranbir Kapoor and wrote: "Here goes the Sui Dhaaga Challenge! Too much fun. I shall further nominate my dear Karan Johar and I shall give him an additional challenge of making Ranbir do it too, Varun Dhawan, Anushka Sharma all the best for the film guys can't wait to see it," wrote Alia."

Here goes the Sui Dhaga challenge!!! Too much fun.. I shall further nominate my dear dear @karanjohar and I shall give him an additional challenge of making Ranbir do it too @varundvn @anushkasharma All the best for the film guys can't wait to see it

Humne toh kar diya! Ab aap sab ki baari! @iamsrk , ready to thread the needle for the #SuiDhaagaChallengechallenge is open to everyone.. so share your videos on social media tagging @yrf , @suidhaagafilm with #SuiDhaagaChallenge & nominate your friends! #SuiDhaagaMadeInIndia