Shraddha Kapoor stars in this Friday's Stree and in Batti Gul Meter Chalu, which releases in September 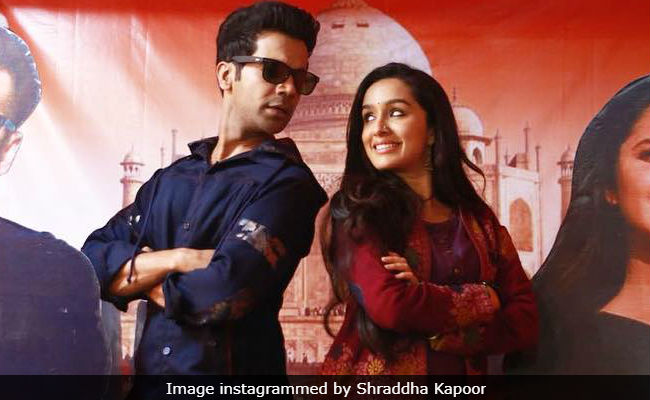 Shraddha Kapoor promoting (on social media) her two upcoming films - Batti Gul Meter Chalu and Stree - simultaneously is affecting her co-star Rajkummar Rao, who says he introduces himself to each journalist at every promotional event to avoid being confused as any other actor, reports news agency IANS. Speaking about Shraddha's parallel promotion, Rajkummar said: "It can get a little distracting. That's why at each media event, I introduced myself to every journalist. I don't want to be confused with any other actor." Rajkummar co-stars with Shraddha in this Friday's Stree while her co-star of Batti Gul Meter Chalu (releasing on September 21) is Shahid Kapoor.

Speaking about Stree, a horror comedy film, Rajkummar says the Amar Kaushik-directed film was a much needed break from the heavy films he has featured in lately. "Stree is a new experience for me. I've been doing very serious films like Omerta, Aligarh and Newton. But then I had fun doing Bareilly Ki Barfi and Fanney Khan where there were lots of laughs to lean on. Stree has just a bit of the spooky feeling and loads of laughter. It was fun to do."

He added: "Stree was so enjoyable for me because we were constantly improvising, trying out new ways of expressing ourselves. This is the most exciting time to be an actor. It's like working while evolving as an actor."

Stree is reportedly based on an urban legend, in which a woman's ghost (known as Stree) is believed to be behind the disappearances of young men in a village.

Meanwhile, Rajkummar Rao has an interesting line-up of films after Stree. Rajkummar plays a pivotal role in Love Sonia and he is also filming Mental Hai Kya co-starring Kangana Ranaut.