Huma Qureshi will reportedly play Rajinikanth's love interest in the yet-untitled film. The shooting will begin later in May 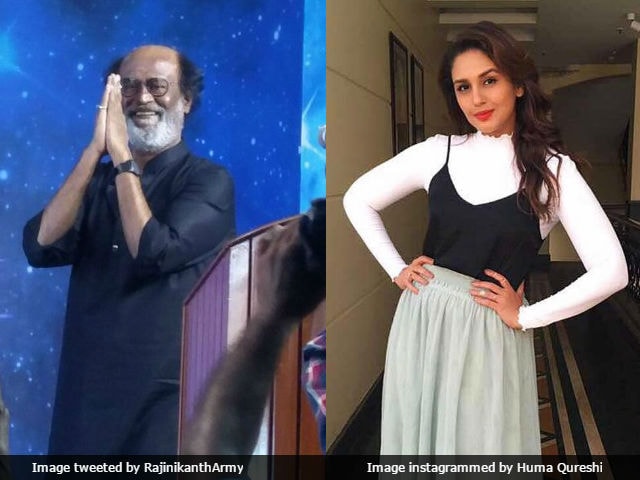 New Delhi: Actress Huma Qureshi is all set to star opposite superstar Rajinikanth, reports Mumbai Mirror. Huma, who last starred in Akshay Kumar's Jolly LLB 2, will play Rajinkanth's 'love interest' in the yet-untitled film. "The makers were looking for someone with a strong screen presence as it's a performance-oriented role. Huma will play Rajinikanth's love interest. She is really excited and will start prepping for the role soon," Mumbai Mirror quoted a source as saying. The film will go on floors later this month in Mumbai. Rajinikanth's daughter Aishwaryaa, who is married to actor Dhanush, is the producer of the film, reports Mumbai Mirror. Rajinikanth, 66, has recently featured opposite Bollywood actresses like Aishwarya Rai Bachchan, Deepika Padukone. His upcoming film 2.0, which is currently in the post-production stage, stars Amy Jackson in the lead role.

S Shankar's 2.0 is the sequel to Rajinikanth's blockbuster film Enthiran (Robot in Hindi), where he played the double roles of Dr Vaseegaran and Chitti the robot. 2.0 releases next year in January and stars Akshay Kumar as the prime antagonist Dr Richard. The film will mark Akshay's debut in the Tamil industry. 2.0 was earlier scheduled to release during Diwali. Amy has replaced Aishwarya Rai in the film.

Promoted
Listen to the latest songs, only on JioSaavn.com
Meanwhile, Rajinikanth met his fans on Monday after a gap of nine years in Chennai. The meet-and-greet session will continue for five days. The superstar last met his fans in 2008.