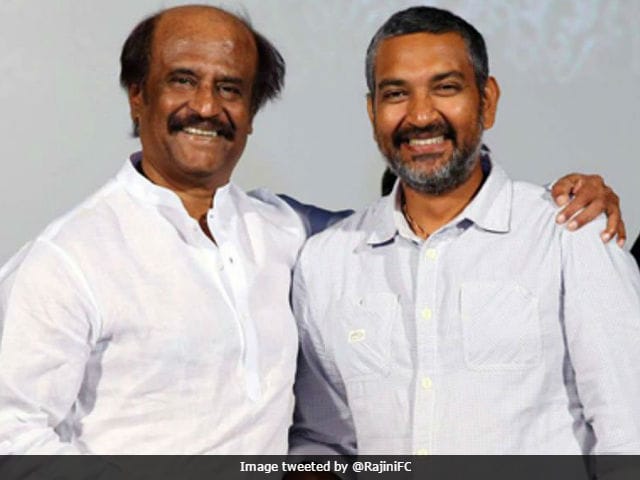 New Delhi: A Facebook post that was clearly meant to praise Tamil superstar Rajinikanth and Baahubali director S S Rajamouli has, instead, offended fans of both these gentlemen. Alphonse Puthren, who directed 2016 Telugu hit Premam, posted this status update on his verified Facebook account on Sunday: "Hope director S S Rajamouli does one film with superstar Rajinikanth. If it happens, the record of Avatar in worldwide box office will be second." Mr Puthren plainly had the best intentions - Rajamouli's Baahubali: The Conclusionmade an unheard Rs 100 crore on its very first day and is currently destroying box office records everywhere. Rajinikanth's Kabali was a blockbuster hit last year and his upcoming film 2.0 is a sequel to Enthiran, which shattered records in 2010. Together, says Mr Premam, Rajinikanth and Rajamouli would make a film that would outstrip the almost $3 billion that James Cameron's 2009 film Avatar, the world's top grossing movie, made globally.

Alphonse Puthren's post has, however, made a lot of people very angry. "Rajamouli doesn't need Rajinikanth for breaking box office," reads one comment. The opposite sentiment - that Rajinikanth doesn't need Rajamouli - has also been expressed. Some users do agree with Mr Puthren that a collaboration by both would be outsize.


S S Rajamouli, who has spent some five years on his two-part magnum opus, has often been asked about plans to make a film with Rajinikanth - he's always maintained that he doesn't have a script ready.

Rajinikanth, meantime, watched Baahubali 2 over the weekend and posted one of his rare tweets praising the film.

THALAIVAAAA... Feeling like god himself blessed us... our team is on cloud9... Anything couldn't be bigger... https://t.co/d9xSUQRJTI

Promoted
Listen to the latest songs, only on JioSaavn.com
Baahubali 2, which concludes 2015's Baahubali: The Beginning, stars Prabhas, Rana Daggubati, Sathyaraj, Ramya Krishnan, Anushka Shetty and Tamannaah Bhatia. It released worldwide and in several languages on Friday. The box office numbers coming in are unbelievable - its opening day business doubled that of the first film.

All eyes will now be on Rajinikanth's 2.0, expected to be correspondingly major. The film stars Akshay Kumar as the nemesis of Dr Vaseergaran and Chitti the Robot, the double roles that Rajinikanth plays in the film.