Rajinikanth And Wife Latha In A Pic From Their Wedding 38 Years Ago, Shared By Daughter Soundarya 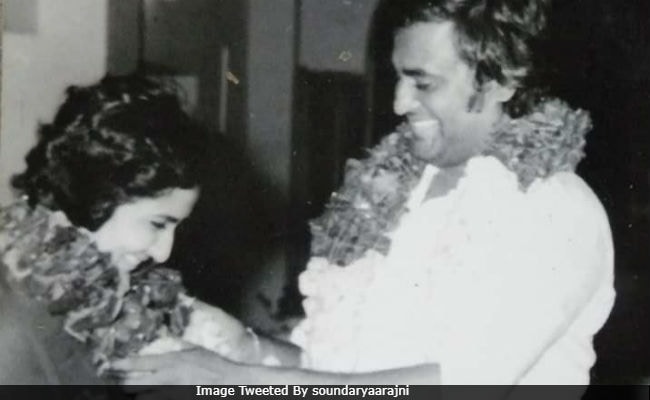 The couple that sets the benchmark for #TheUltimateCoupleGoals love u mummy and daddy !!! #HappyAnniversarypic.twitter.com/mglaO3eGhi

Soundarya, thank you, for sharing this picture!

Rajinikanth, 68, debuted in the film industry in 1975 with Apoorva Raagangal. He has starred in over 160 films, most of which are in Tamil. He got his breakthrough with Moondru Mudichu, which also starred late actress Sridevi and Kamal Haasan. Enthiran (Robot in Hindi), Kochadaiiyaan, Lingaa, Kabali, Kaala, 2.0 and Petta are some of Rajinikanth's films which released after 2010.