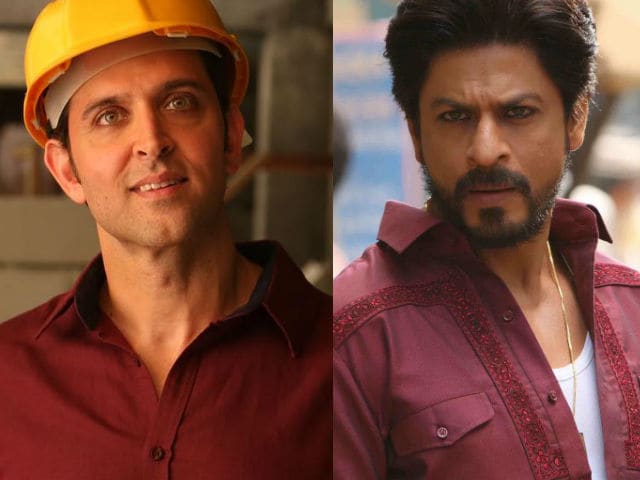 Raees Vs Kaabil: Big B liked both films.

New Delhi: The first big clash of Bollywood took place on Wednesday when Shah Rukh Khan's Raees and Hrithik Roshan's Kaabil released together. Bollywood celebs are rooting for both films, which have opened to fantastic reviews. Amitabh Bachchan is the latest celeb to review the film. The 73-year-old actor, who has worked with Hrithik and Shah Rukh in Kabhi Khushi Kabhie Gham, shared his opinion on both films on Twitter. He praised Kaabil and Raees and their lead actors too.

Sanjay Gupta, the director of Kaabil, recently made Jazbaa with Mr Bachchan's daughter-in-law, actress Aishwarya Rai. The film tanked at the box office.

Promoted
Listen to the latest songs, only on JioSaavn.com
Watch the trailer of Raees:


Kaabil is the story of a visually impaired couple, whose blissful life takes a dark turn after horro comes knocking on their door. The film is produced by Hrithik's father Rakesh Roshan.